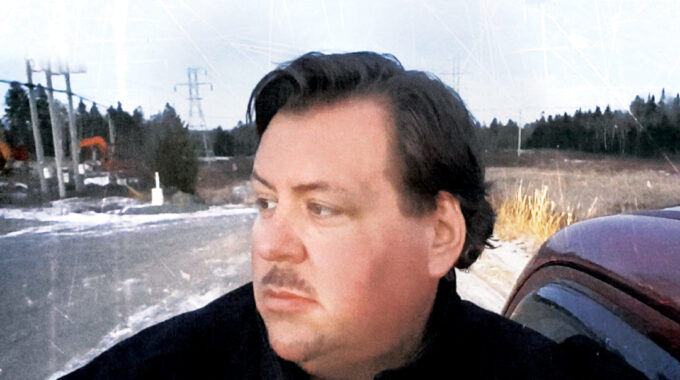 By any measure, New Brunswick Contemporary Roots and Blues artist Mike Biggar is a natural live performer, known for his roiling live performance style, his soulful, soaring vocals and his disarming onstage humour. With a musical history rooted in a gospel music childhood, Biggar is the picture of a lifetime spent in performance. His style is equal parts gutsy and joyful, reflecting the deep, soulful stamp left by those early musical days. Whether solo, duo or with full band, his rollicking high energy vocals steam down the line like a roots-inspired freight train, perfectly paired with the infectious melodies of his acclaimed songwriting, leaving hearts warmed, or broken, or both. He performs with a unique capacity for stitching songs together with his self-aware, armchair humour through stories and audience interactions.

Biggar's music enjoys regular airplay on CBC, Stingray Music and more - and reviews across Canada, in Europe, the US and Australia, with special features in key publications such as the UK’s Blues Matters and FATEA magazines.

'LIVE AT THE BMO' reviews:

“He'll have you in tears with lines of love and regret, he'll rip your head off with his powerhouse vocals, delivered with heartfelt emotion; Biggar performs with such sincerity that you could almost say he was singing just to you, and that is the mark of a great songwriter. He deserves national recognition as one of the country’s top live performers, whether in an intimate environment or a theatre stage.”

“Mike Biggar’s latest album feels like a highlight of his artistic character...Biggar gives us snippets of his personality while flaunting his prowess at performing live.his voice has a wild quality to it that helps to pack each song with attitude or emotion – sometimes both...Biggar’s talent is proven in his ability to make you forget the album is recorded live. Regardless of the mood of the song, there’s no denying that Biggar packs a punch. It just depends on whether that’s a punch to the gut or the heart. Either way, it’s enough to knock you off your feet." Read full review