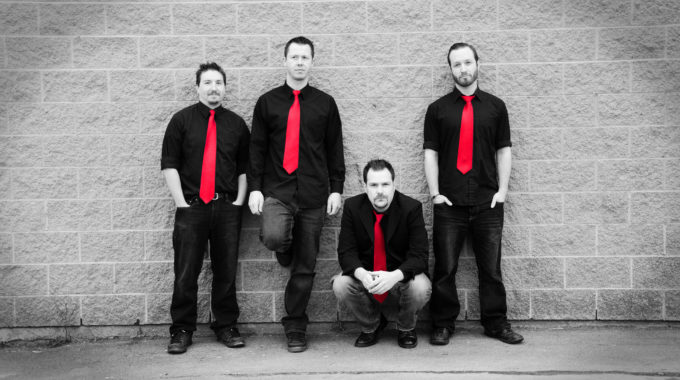 “My Living Will, Why the ties?” you may ask. Simple, when playing high energy Rock N Roll full of hooks and swagger, one has to strike a balance. Sassy, yet classy.

My Living Will has brought their high energy stage show to many stages around Nova Scotia since their inception in 2010, highlighted by their recent filming on APTN’s The Candy Show.

The songs are a mix of classic rock with a modern edge, lush at times, raw at others. A dynamic flow of light and heavy, soft and loud.

The songs are penned by frontman Dan Sawler, and brought to life by fellow band members James Densley on lead guitar, Jeff Roper on drums, and Dion Crocker holding down the bass guitar. This band is a truly independent enterprise, recording their own music, and creating their own artwork and videos.

My Living Will's latest release for 2015 "Ride It Out" has been nominated for a Music Nova Scotia award for "Rock Recording of the Year"!