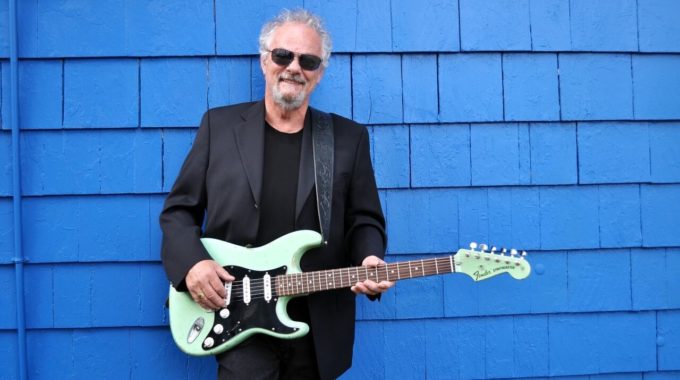 Goodwyn grew up poor and is the classic “small-town kid makes good” success story. As a young teenager Goodwyn honed his skills playing in cover bands and began writing original material as soon as he could play the guitar.  One of April Wines biggest hits, “You Wont Dance With Me”, was written when he was a teenager.

Myles Goodwyn’s voice is as distinctive and immediately recognizable as his songwriting skills are prolific. He penned almost every April Wine song in their impressive catalogue.  And as far as rock history goes, Myles Goodwyn is considered a living music legend especially in the annals of Canadian rock history, recognized as one of Canadas most performed songwriters on radio.</p> <p>Myles and the other members of April Wine were inducted into the Canadian Music Hall Of Fame in 2010. Goodwyn received the prestigious East Coast Music Lifetime Achievement Award in 2008 and the SOCAN National Achievement Award in 2002.&nbsp;&nbsp;IN 2016 he released his memoir named after another of his biggest hits -&nbsp;<em>Just Between You and Me</em>, which became an instant seller on the Globe and Mails Non-Fiction List. His second book, Elvis and Tiger - this time a fiction is being published in 2018.

Myles Goodwyn’s passion for the blues began in 60s when he started listening to a American blues artists like BB King, Howlin Wolf, Muddy Waters along with Taj Mahal and many others.&nbsp;&nbsp;All the blues songs he wrote were not going to appear on an April Wine album, he kept saving them for the blues album he knew he was going to make, but only got recently got around to recording them.&nbsp;&nbsp;&nbsp;MYLES GOODWYN AND FRIENDS OF THE BLUES is the result of these sessions.</p> <p>Goodwyn was committed to making his blues album with musicians that inspired him and could bring authenticity in their musicianship to the blues influenced songs he had written.&nbsp;&nbsp;"I wanted to write some good blues tunes and sing these tunes as best that I could. I really appreciate great blues material because it is timeless, it is vital and its passionate, even heartbreakingly so”, says Goodwyn about the album.&nbsp;&nbsp;“It can also have a sense of humour and all of this drew me to make this album, like a moth to a flame."</p> <p>His decision to use only "real blues players" was deliberate. "I wanted to write and sing these blues tunes but Im not a blues player and I wanted the real deal when it came to the performances. I reached out to established blues men to join me. And I got that in spades."

The result of this collaboration, that was over years in making, is testament to the care that went into the writing and recording. MYLES GOODWYN AND FRIENDS OF THE BLUES will surely show, yet again, that Myles Goodwyn is not only a gifted rock musician, and a real blues man at heart.