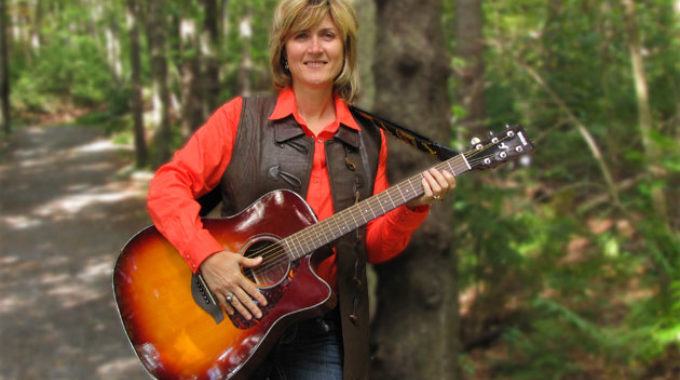 East Coast Country Music singer/songwriter and originally from the province of Quebec, Nathalie grew up on Grand Calumet Island in the Ottawa Valley. She now resides in Nova Scotia. Her passion for Country Music started at a very young age, while playing guitar and singing favourite songs from artists such as Renée Martel, Ricky Skaggs and Anne Murray.

The 2011 recording of her first single "She's still hoping" was very well received and was played in Canada, USA and Europe. Because of it’s success, Nathalie went back in studio in 2012 to record her first album "Stick Around".

Defining herself as a bilingual artist, Nathalie produces her albums in French and in English. Her most recent album, "It's all in my Eyes" released in April 2013, continues this "bilingual tradition" and is a major step in Nathalie's career.

Nathalie's music is a mix of Country/Texas Swing/light Rock. In addition to her musical style, her audience appreciates the richness of her voice and the stories in her lyrics that invoke a wide range of emotions.

In Spring 2013, Nathalie was chosen to perform at a live recording of the popular show « Pour l’Amour du Country ». The show will be aired in May 2014. Furthermore, Nathalie was the opening act for Lina Boudreau's concert in Halifax this past May. In November 2013, Nathalie will be performing during Molson Canadian Music Week in Sydney, Nova Scotia.