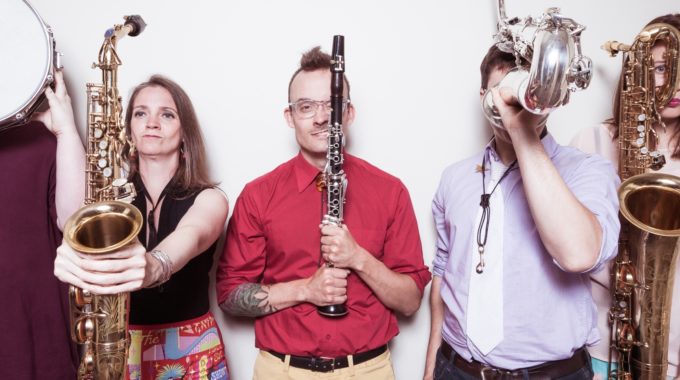 "Every music festival should bring Ouroboros to their patrons in the summertime. They're awesome and irresistible." - Vish Khanna, Exclaim!

Ouroboros is a five-piece band from St. John's, Newfoundland, currently thrilling audiences with the unexpectedly raw, energetic sound of horns and percussion. Combining tight instrumental harmonies with vocals and drums, Ouroboros is a versatile musical force that draws from a smorgasbord of melodies and grooves from around the world: Heavy beats of West Africa, folk traditions of Eastern Europe and a healthy dose of jazz and funk. This is music that makes you move.

Ouroboros released their self-titled debut album in May, 2015, and completed their first Eastern Canadian tour in September. In October, Ouroboros took home Instrumental Recording of the Year at the 2015 MusicNL Awards and went on to win two local People's Choice Awards and a spot on the shortlist for the Overcast's Borealis Music Prize.