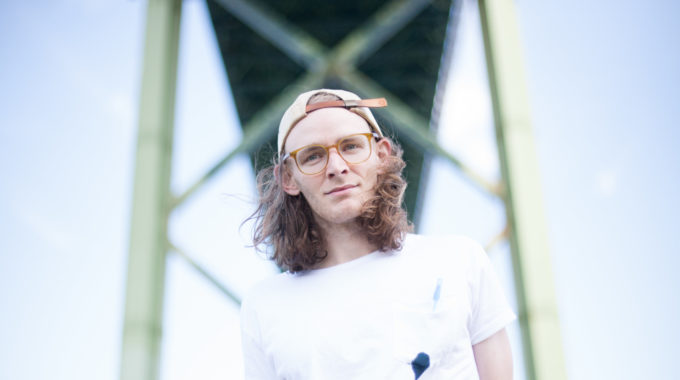 Characterized as 'impassioned literary folk', Owen Meany's Batting Stance is the moniker of Halifax via Guelph singer-songwriter Daniel Walker. Walker's work embarks on an exploration of how a song can be used to cradle narratives, weaving lyrics and melodies to sew stories and express personal longings, frustrations, and all else that results from his tangles with cultural introspection.

Engaged, electrically charged acoustic guitar, teeming with emotive energy rounded by percussion and bass. As Owen Meany's Batting Stance, each performance is a contract to burst the bubble between audience and performer through relatable, punching songs. Lyrically oriented, using songs to cradle narratives with conventional chords and unconventional structure.

Single ‘Pop Odyssey: The First Person Narrative of the Bottle of Cola at a House Party’ was included in CBC’s national article ‘8 Songs You Need to Hear This Week’