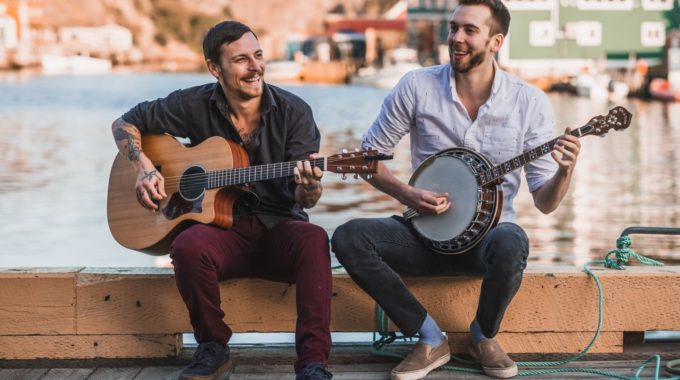 Fine Lads are made up of Philip Hardy of Port-Aux-Basque , NL and Donovan Conran of Port au Port , NL . We Come from the west coast of Newfoundland and Labrador, where Traditional Newfoundland and Folk music have a very rich history . Fine Lads formed officially in November 2018 and have been performing island wide the past year . After a few short months we officially released Fine Lads EP album on July 19th 2019 .