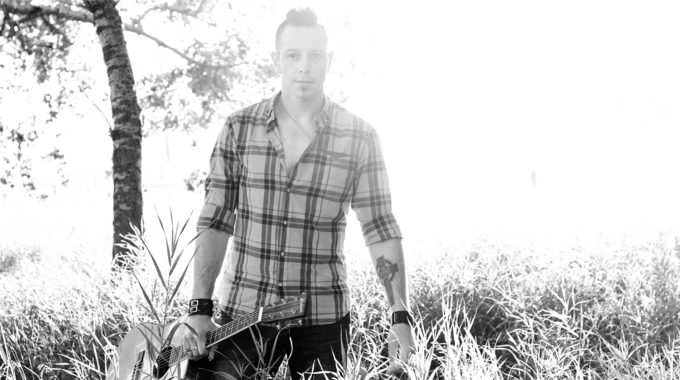 Newfoundland born to a family of musicians, Quentin Reddy wrote his first song at age seven and taught himself guitar by age nine. Primed for the stage landing an enviable top two slot on the popular CMT singing competition series 'Big In A Small Town', Quentin Reddy feels he is up to the challenge of pursuing his dream in country music.

Now based in Alberta, Canada his music has earned him nominations for Male Vocalist and Fan's Choice at both the 2012 and 2013 Academy Country Music Awards. He has co-written with respected Canadian and Nashville tunesmiths, with his first two singles, “Rest For My Body" and “Beautiful Crazy Life" each spending 15 weeks on the Canadian country charts. The music video for his third single “Closer" even aired on CMT Canada. [SH1] Quentin has toured throughout Canada and the U.S. opening for acts such as Dallas Smith and Chad Brownlee on the Boys of Fall Tour, as well as Tara Oram, Dean Brody, Julian Austin and April Wine.

This Canadian has a raw country style combining country rock with a little bit of folk. From pavement pounding up-tempos to gravelly introspective ballads, this singer/songwriter is one passionate entertainer, and can easily capture the emotions of the audience with the connections he makes while onstage. From ballads about irreplaceable love, to melodies about everyday life and paying the bills, Quentin's music is refreshingly relatable.

“If I can sit down and tell a story, even if it's just for myself or my family, that is what has always been important to me," Quentin said. “It's that connection with people that I seek out almost every night I go on stage. Sometimes it's hard in pubs, but I cut through it, and I have those moments of divine-ness."

While many country stars were introduced to music through church or school, Quentin was musically influenced from day one, growing up in a family full of seasoned musicians. His mother was an amazing singer, and he grew up in the church choir sitting through the rehearsals and services each week, which impacted him immensely. "My grandmother played accordion for community dances and special gatherings at her house. I remember Christmas at her house with dozens of people crammed into the kitchen playing guitar and singing for hours and hours. It was kind of an honour to be asked to play a song for them, and I remember the first time I was asked at the age of 11 and so I played "Night Moves" by Bob Seager. My whole family was impressed, and that made me feel like all of those hours locked away practicing in my room were starting to pay off," he recalls.

“I have covered every genre possible, and every artist known to man since I was nine years old and I would still have to say my biggest musical influence is my family, because they were all musicians," Quentin said. “They were the ones who inspired me to teach myself how to play and sing at a young age when I first started in the art of writing. I have always wanted to be as good as them or better. My family is the thing I am most proud of."

Quentin has signed with OnRamp Records for the release of his debut album with award-winning producer Bart McKay behind the board, who was three times awarded Canadian Country Music's Recording Studio Of The Year, in Saskatoon, Saskatchewan. Other artists McKay has produced include Gord Bamford, Brett Kissel, Aaron Lines and Shane Yellowbird. Quentin's album is slated for release August 12, 2014.

Quentin also has a giving and sympathetic spirit, regularly donating his time and talents for many relief and charitable efforts, including the southern Alberta flooding victims, the Canadian Cancer Foundation, as well as performing at the Concert of Hope in Slave Lake to benefit the families and those displaced by the Slave Lake area wildfires, where he shared the bill with musicians such as Charlie Major, Dwight Yoakam, Ashley MacIsaac, Stampeders and Nazareth.