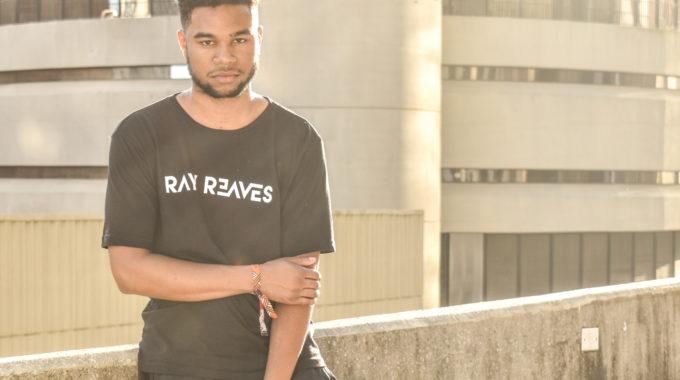 American Rapper, Hip Hop artist, singer-songwriter, and producer Ray Reaves was born with a pure artistic talent that is evidenced by his rapid rise on the urban music scene. A native of New Jersey, Ray relocated along the Eastern U.S. Seaboard several times during his childhood allowing him the unique privilege of experiencing a broad range of cultural music styles. Spending time in the southern Hip Hop scenes of Atlanta and Raleigh, and heavily influenced by the works of Drake, it’s no surprise that Reaves has an edgy, rhythmic beat running through his veins. But it was the epic electronic game Guitar Hero that first peaked Ray’s interest in studying music and drove him to become a socially relevant, multi-faceted performing artist. His aptitude for learning, coupled with intellectual creativity, cultivated his passion for music and led him to mastering a dozen instruments at a young age.

In his early years as a musician, Ray developed a profound social conscious that deeply empathized with issues facing today’s younger generation. Using music as a platform to reach out to his peers, Ray became front man of the band Sankofa in 2013, singing lead vocals and writing lyrics and most of the music for the band’s bass guitar, lead guitar, and drums. A move to Canada to study Music Arts and Music Business at Nova Scotia Community College inspired the forming of his second band, Ray Reaves & The Antagonists, a five-piece Hip Hop and R&B group formed in 2016 with fellow student musicians.

Then in 2018 Reaves made the pivotal decision to pursue a solo career, enabling him the limitless freedom to fully express himself as an emerging Rap artist. Drawing from several influences, including his misfortunes with the opposite sex, Reaves has developed a vulnerable and authentic sound that emulates the way his brain processes real-life circumstances. This emersion into life has enabled him to write intricate lyrics that display strong storytelling elements underscored by inner personal struggles and outside influences of social injustice.

After eight years on the Hip Hop scene and several single releases on Spotify, Ray Reaves is primed to share his original brand with audiences world-wide. Though fairly new to the Canadian music scene, Reaves already has a 2018 performance at Hopscotch Halifax Festival under his belt, as well as a return stateside to perform for a hometown Atlanta crowd at A3C 2018. When asked about his sound, Ray states, "I'm sad and I rap good. I guess that's why people like my music. Everyone's a little bit sad sometimes and people like to dance to what they can relate to.” And true to his word, Reaves’ engaging performance style fluidly shapes and delivers all the feels and vibes that audiences crave.

2019 is the year of seasons, as Ray Reaves releases a project at the start of each season in celebration and reflection of the changing themes of a person’s life over the span of a year. His music can be heard on all of the major streaming platforms.

In The Moment (Single)

For A Lack Of Better Words (5 track EP)