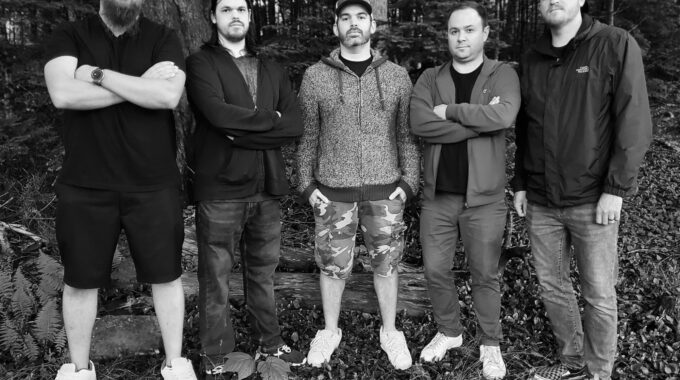 Originally a studio project, Feathers & Anvils is the brainchild of Halifax-based musician Rob Gillan. Holed up in a dark basement studio during the long Canadian winters (and ensuing pandemic), Rob set out to create a sound that captures the full spectrum of emotions… from fear, frustration, and anger to hope, joy, and optimism. Feathers & Anvils was born.

Drawing inspiration from a variety of seminal 90s and 2000s artists such as Deftones, Korn, Alice in Chains, Pantera, Sevendust, Soundgarden, and Nirvana, Rob crafted a sonic palette with a nod to the influences of his favourite bands that coalesced into something wholly his own.

With the first songs recorded and the debut EP “Sunshine” released to streaming, Rob partnered up with long-time collaborators Jonathan Parsons (bass) and Kyle Smith (drums), his former bandmates in Armada Drive, and soon after found a sonic soulmate in guitarist Matt Kenny of Enemy Designed.

The band is now set to release their follow-up full-length album "Swallowed by the Sun" in Fall 2021.