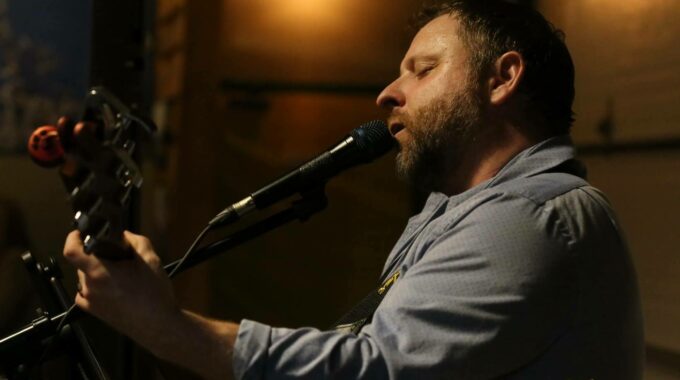 Rob Murphy is a Singer / Songwriter from Cape Breton Island and is known for his raspy vocals and heart on the sleeve lyrics. Rob's raspy weathered vocal style can easily show influences from the likes of Johnny Reid, Jason Isbel, Blue Rodeo and The Band.

Originating from the small town of New Waterford, Rob began playing guitar at the age of 10 and writing in his early teens at around 14. Songwriting and storytelling is strong in Rob’s family roots with a strong history of Songwriting and Storytelling. During winter 2017 Rob wrote “300 Days” a song about devastating mental health wait times in Cape Breton. Recording a demo at home and releasing a home made video. Within 48 hours the video had over 25,000 views and launched Rob into the Singer/Songwriter scene.

Songwriting has always come naturally for Rob, he has the ability to create songs that listeners can easily relate to whether fiction or reality you’ll be wondering if a song came from real life experiences or the thoughts of a natural Storyteller. On the heels of his 2019 releases "O'lala", "You" and "Ghosts" Rob has released his new Single “Tell Me To Stay” a beautiful heartfelt duet with Canadian Rocker Carmen Townsend and "It'll Be Alright" with Sarah Harralson.