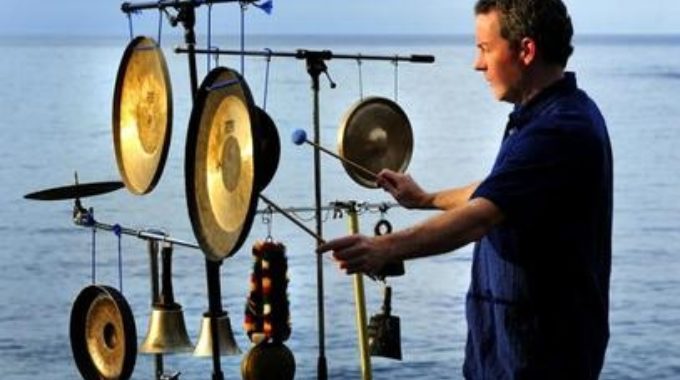 Rob Power is an active chamber musician, soloist, improvisor, orchestral player, composer, teacher, and instrument builder. Along with performances in Europe, Asia, South America, and the United States, he has appeared at festivals across Canada from Whitehorse to St. John’s, and has performed with over twenty Canadian orchestras. In 2009 he was awarded the Arts in Education Award by the Newfoundland and Labrador Arts Council, and in 2011 he was given the Newfoundland Symphony Orchestra Players Award. Currently, Rob is an Associate Professor at the MUN School of Music, and performs with the improvisational groups Spanner and McKudo, the African ensemble Dzolali, and is the principal percussionist with the Newfoundland Symphony Orchestra. An avid builder of new and unusual percussion instruments, Rob’s recent constructions include the po-pipes, glass triangle, PVC talking drum, quarter-tone mirrorphone, and the glass marimba. More info at www.robpower.ca.