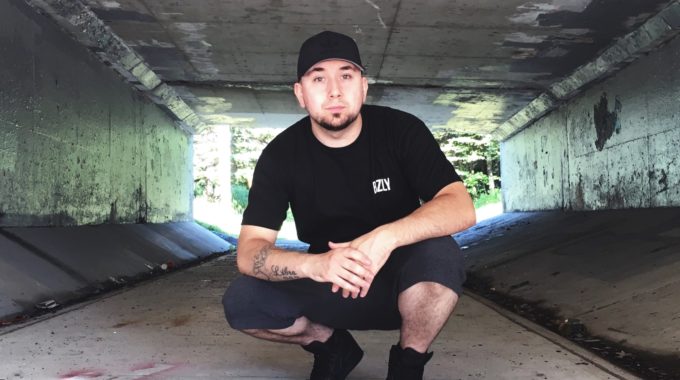 In 2008 Baseline got his first introduction to the local Hip Hop scene when he started battle rapping in the Elements League back in 2008. Though only having a hand full of battles in the league it taught discipline and helped craft his rhyme schemes and delivery to this day.

Baseline would spend the next few years perfecting his style by releasing a few mixtapes and a ton of random singles. He has collaborated with many of his peers over the years such as Thrillah, Jay Mayne, Kayo, Spesh K, Nixx and too many more to name.

Baseline also spent time crafting and jumping on as many shows as possible to help better his live performances and prides himself on his energy and charisma on the stage.

Fast forward to 2017. After not releasing any mixtapes since 2014 but still releasing music via soundcloud. Baseline decided it was time to release an album that displayed all of the ups and downs he went through with his journey thus far in music and releases his first full official album "Est. Since 902". The album is what some would call his best work to date and displays his unique and well crafted style over modern and classic sounding instrumentals. The album "Est. Since 902" fueled Baseline to continue pushing forward with music and his currently working on a collaborative project with Halifax producer Petey Punch and has no current plans of slowing down.

Baselines latest album "Est. Since 902" can be found on Spotify, Apple Music and other major streaming platforms!