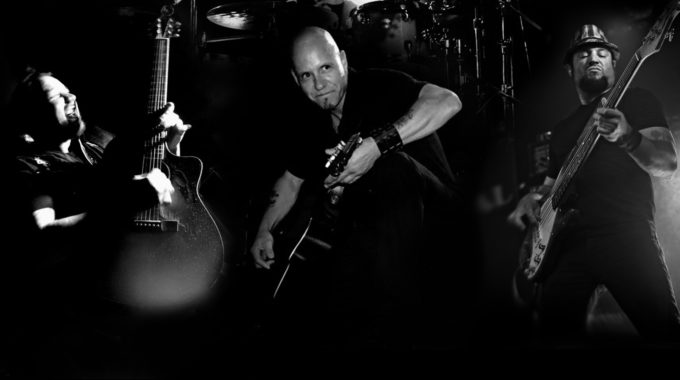 An Acoustic Sin is a Canadian quartet with a unique and refreshing sound, delivered with deep and clever lyrics, coupled with musical textures from the four corners of the world. On stage, they exude a synergy that is on fire. This group will simply amaze you. Once you have seen them live you will never forget the name. They are a storm to be reckoned with the energy of a nuclear bomb! The band was formed in 1995 and did 3 CDs and over 1000 shows in a few years, and then stoped. On Boxing Day 2010, they performed for the first time in almost a decade in front of 1000 people at Moncton’s Oxygen Club. Buoyed by the enthusiastic response given to them that evening, they decided to do a few more shows… In 2015, they took the decision to do a complete come back and started touring again in Canada and Europe. A new CD will be released in 2017.