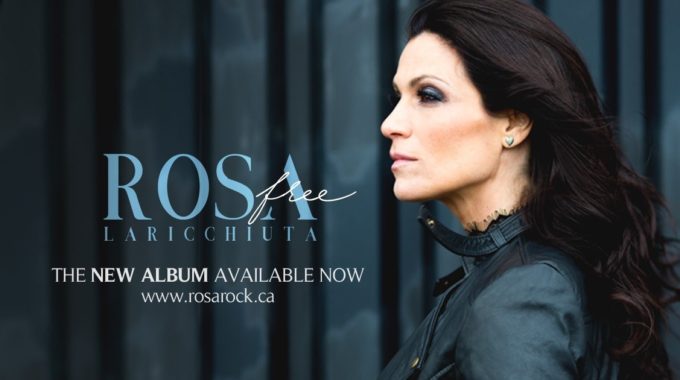 With more than 50,000 subscribers on social networks, a total of over one million views on YouTube, along with tour dates across Quebec, Canada and the United States, Rosa Laricchiuta has become well established in the Quebec music firmament. A native Montrealer, this singer, songwriter and performermade her debut in a local karaoke bar where a music agent discovered her talent. She signs with theagent and embarks on an Asian tour performing in 5-star hotel casinos, including South Korea, Macau, Indonesia, Dubai, Taiwan, Malaysia and Hong Kong.

After 10 years of touring, she returns to Montreal and eventually moves to New Brunswick where she auditions for the third season of La Voix (2015), the Quebec version of the popular TV show The Voice.

With her blind audition song, Perfect by Pink, her husky, powerful vocals seduce all four coaches intoturning their chairs. Rosa had an instant connection the legendary rocker Éric Lapointe and chose him as her coach. It was her powerful performance of the classic song The Show Must Go On by rock group Queen, that allowed her to advance into the semifinals. Rosa continued to show a solid stage presence with remarkable intensity and a voice so powerful, it sent her straight to the Grand Finale, where sheshared the stage with Def Leppard, Kelly Clarkson, Jean Leloup and her idol, Melissa Etheridge. She lefta lasting impression as she won-over millions of viewers who named her as the new Quebec female rocker.

As early as 2015, Éric Lapointe invited Rosa to go on tour with him. At the same time, Melissa Etheridge was on a Canadian tour and asked Rosa to join her on stage in Moncton and Montreal to perform Bring Me Some Water.

Rosa is then recruited by the award-winning Quebec singer-songwriter and producer Sylvain Cossette and joins the label S7 Productions; and under the direction of Andrée Watters (also an award-winning Artist) they release her first self-titled French album, Rosa, published in October 2015. Three songs from the album made it to the Top 20 on the radio, including the hit single Manquer de toi.

In 2016, she toured with her own show Bête de Scène across Quebec and New Brunswick. Additionally, performing in the productions of 5x5 and Glam Rock, plus, more tour dates with Éric Lapointe.

Rosa is looking to expand to new markets with the album "Free". In addition to the release of the French single Laisse-moi partir, the rock singer is preparing a second big surprise, for her francophone audience, as her worldwide launching, of her English album, will take English opus, with the Trans-Siberian Orchestra with whom she will tour in the major coliseums in USA.