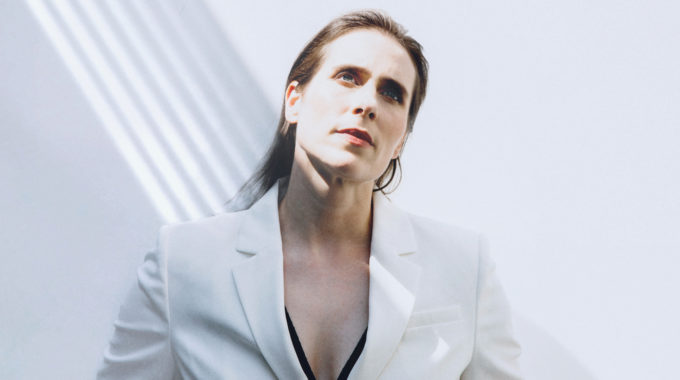 Originally from Prince Edward Island, singer and songwriter Rose Cousins now lives in Halifax and tours across Canada, the United States and Europe.

She deeply values being part of multiple music communities, and is constantly fueled by collaboration. Her 2012 album WE HAVE MADE A SPARK celebrated her Boston community and featured a cast of musicians Cousins had known and played music with for a decade. It won a JUNO Award, 3 East Coast Music Awards, a Canadian Folk Music Award, was long list nominated for the Polaris Music Prize, and made picks/best of lists in USA Today, NPR Music and Oprah Magazine. Her music has found its way into several TV shows including Grey’s Anatomy.

In 2016, Cousins took a deliberate break from her active touring schedule and traveled to create. Toronto. Los Angeles. Boston. Nashville. Ireland. Her goal was to connect with artists, writers and producers to make songs in new ways, new sounds with new people, not knowing where they would go and not needing to. Her catalogue and perspective expanded, and her new album was conceived.

On NATURAL CONCLUSION Rose Cousins steps boldly forward, a fully mature writer/artist in her next great stride. Cousins enlisted Grammy Award winning producer Joe Henry, who she befriended in 2012. She and Henry each gathered trusted colleagues and met in Toronto.

The result is what Cousins calls “the most honest and vulnerable thing” she has made to date.

“Some voices hit you hard from first blush and this is one of them.” Exclaim!
“rich emotional nuances… gorgeous vocals… astonishing harmonies” Chromewaves
“achingly candid” USA Today
"dreamy and downbeat" The Globe and Mail
"dark and sweet and totally powerful" Uptown Winnipeg ★★★★
"Her lyrics are direct and forthright, her voice is crystal clear" The Irish Times ★★★★
"Conviction and heart ... haunting to uplifting in an instant" Maverick UK ★★★★
"superb, emotive" Mojo Magazine
"Stark, impeccably written songs ... elegantly understated ..." NOW Toronto ★★★★★
“excellent balance of despair and hope” WFUV New York
“haunting and beautiful” WXPN Philadelphia
“It’s no wonder Cousins is the object of audience affection…” The Boston Globe
"One of the strongest and most emotive new voices" No Depression