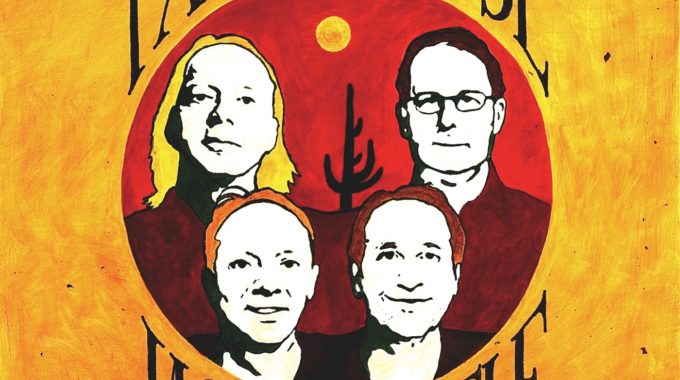 
"Patterson...a perfectionist with a big, round and dominating sound that turns every tune into a stimulating experience." - The Toronto Star
"Every note that he plays seems to have a purpose and a place, and both purpose and place usually have something to do with melody." -The Globe and Mail

For guitarist Roy Patterson, growing up in rural Nova Scotia provided a strong sense of individuality rooted in the land that would play a large part in his music. But early musical influences of country, rock, blues, and R&B are what fostered Roy's interest and passion for the guitar. He performed with local groups touring Atlantic Canada and in 1978 the 24 year old made the move to Toronto bringing along an intense practice routine and a burning desire to play. Since then Roy has performed with many of Canada's elite, including Don Thompson, Terry Clarke, Doug Riley, The Bob Mover Quartet, Mike Murley, Bernie Senensky and many other highly accomplished artists. His style has drawn comparisons with some of the most respected guitarists in North America, and his playing has taken him to Finland, Istanbul, Italy, Taiwan and the U.S.A. In the spring of 2002 Roy was invited to take part in a series of concerts and a workshop for the Commission Project in Rochester, New York where he performed with a number of U.S. musicians including John Faddis, Keeter Betts, Jay Leonhart, Akira Tana and Fred Wesley.


Since the release of his first recording in 1989, Roy has built a body of original work that demonstrates a personal, evocative style drawn from early musical influences and eastern meditative practices. His fourth CD, Inland Passages, was released in 1997 and came about as a result of the Roy Patterson Quartet winning the coveted Prix de Jazz at Montreal's Festival International de Jazz, the first Toronto based band ever to win this competition. The award brought exposure through national radio, television, and a tour that concluded at the Canadian Embassy in Washington, D.C. Inland Passages is a testament to Roy's own earthbound and spiritual journeys and his pursuit of adventure. To date, seven CDs have been released under his own name and one as co-leader with Brazilian singer/composer Maria Farinha called Uwattibi, released in 2012. Other credits include the Jazz Report magazine award for Guitarist of the Year for 2000 and a profile in a new book called, “The Great Jazz Guitarists: the Ultimate Guide” by Scott Yanow. (Backbeat Books, 2013)
Along the way, Roy earned a master of Music degree and has taught at McGill University, the University of Toronto, workshops in Poland and Italy and is currently an adjunct faculty member at York University. He also passes his experience on as a regular contributor to the US quarterly, “Just Jazz Guitar.”
Coming full circle, Roy’s current band, Jacob’s Cattle represents a return to his roots with a hybrid form of instrumental Roots/Americana featuring string bass, drums, pedal steel and guitar. The compositions are drawn from impressions of the music he heard on a daily basis on the radio growing up in rural Nova Scotia during the late 1950s, 60s and early 70s. The band’s current release, ”Songs From My father’s House” is currently available and will have an official Toronto launch on Nov. 23, 2014.
Discography
The Release, 1989, Unity Records

The Coming of Angels, 1995, Unity Records