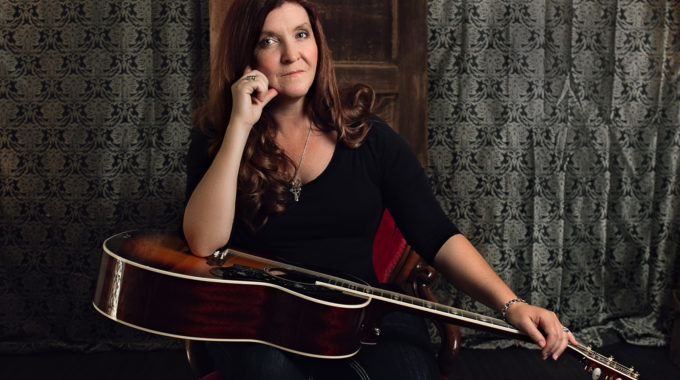 RyLee Madison - Whatever This Is
https://www.youtube.com/watch?v=4jYZhYJ7wpY

Live In Nashville, with its acoustic interpretations of heartfelt RyLee Madison compositions, is an artistic landmark for this beloved singer-songwriter. Collaborating with talented friends and once again working alongside her husband and co-producer, Clay Krasner, Madison’s new record harkens to her love of live acoustic music.

Citing as inspiration the daily writing and creating she does in her Tennessee “she-shed” which she affectionately calls RyLee’s Roost – “The Shack In The Back”, Madison has been imagining this project since renovating her shed in 2012.

The result consists of six of Madison’s songs plus one very special cover song. They are all recorded live off the floor just as she writes them, giving the listener an experience much like if they were sitting alongside her in her Roost.

The EP was recorded in Madison’s back yard in Nashville, the very same neighborhood in which fellow Nova Scotian Hank Snow resided as well as Maybelle Carter. With the hope of capturing some of her neighborhood’s historic vibe, over the period of three spring days with a handful of songs, a collection of talented musicians and eight microphones, Madison and one sound engineer squeezed into her 160-square foot “she-shed”. The result is like no other recording RyLee Madison has ever released.

Madison’s neighbor, Joe Fick (who plays Elvis’s bass player in the movie “Walk The Line”) joins her on upright bass, Scott Bernard (lead guitarist for Kenny Loggins), Tenille and Clay Krasner (bass player for Terri Clark) join her on acoustic guitar and fellow Nova Scotian Kris Richards joins in on the gandolin (a mandolin strung like a guitar). Madison also accompanies herself on all tracks switching between acoustic guitar and gandolin, a first for this seasoned artist. Madison collaborated with fellow Canadian songwriters Tenille, Sydney Mae & Danielle Lowe on this recording as well as Clay and Ron Robinson with the remaining tracks penned solo. A seventh track, “Will The Circle Be Unbroken” is a very special addition. Written by A.P Carter, this classic song is one everyone knows and loves. Better still is the fact that RyLee is performing it with her good friend, a third generation Maybelle Carter Family member, Lorrie Carter Bennett. Lorrie is the daughter of country music legend Anita Carter and niece of Johnny Cash & June Carter. Lorrie has many fond memories of spending time with her grandmother Maybelle Carter right across the street from RyLee’s Roost, which makes having her on this recording very poignant.

From “My Own Backyard” to “July Sky” all the way to “When You Don’t Listen,” Live in Nashville finds this multi award-winning artist still breaking new ground, giving us a recording unlike any of her others. “I’m tickled with how it has turned out. We all had such a great time just hanging out and making music. I can’t wait to do it again!”

That level of excitement and fearless creativity has been a common thread throughout RyLee Madison’s decade-and-a-half recording career, during which she has toured throughout Canada, France & Ireland with radio play in Europe, Japan, Australia, Canada, the UK and Sweden.

Born in Halifax, Nova Scotia, Canada, Madison began singing at the age of 9, playing the ukulele at 10, the guitar at 14 and followed shortly thereafter with songwriting. She was playing her songs in school talent shows and pageants by the age of 15.

Splitting time between Nashville and Nova Scotia, Madison spends her days writing, mentoring and producing other artists alongside her husband under their Nashville-based company 7-17 MUSIC. Madison also frequents her cherished home of Nova Scotia several times a year, submersing herself in the East Coast culture amidst visiting with her friends and family, drawing on the inspiration of her homeland that helps fuel her creativity. "Nashville is my second home. I've created a life here with my husband and friends but Nova Scotia will always be my first home."

Along the way Madison has created an extensive catalog of music since her recording debut, the life of rylee, in 2002. That album was followed by Christmas At Home Special Edition EP (2003), Christmas At Home (2004), Me & Cinderella (2006), Where Does The Time Go Special Edition EP (2010), Where Does The Time Go (2011) and the EP Christmas Christmas (2013). Madison has released 11 singles, and in 2003 she was the seventh most played female artist on country radio in Canada. Madison has written over 1,000 songs resulting in multiple artists of various genres recording her music. A few artists include Samara Yung, Ian Sherwood, Tenille, David Leask and Diane Chase (with whom she wrote “Crazy In Love” which reached the Top 20 on the BDS Chart in Canada). Madison produced her 2013 ECMA Country Recording of the Year, Where Does The Time Go, with Clay, has received multiple nominations and has won five Music Nova Scotia Awards including the 2005 Music Nova Scotia Humanitarian Award for her relief efforts with the Canadian Red Cross during Hurricane Katrina.