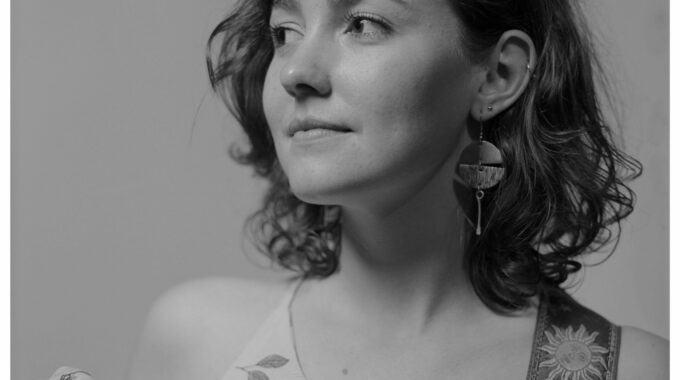 Guitarist Sam Wilson oscillates between the worlds of improvisation and composition. From solo to quintet, she presents a performance rich in variety that reflects her love of jazz, improvised and instrumental music. Her debut album Groundless Apprehensions received nominations from the ECMAs and Music Nova Scotia for ‘Jazz recording of the year’. Her follow up solo guitar album, Into a Heart released on Muzak records in Japan, has also been well received. In January 2021 Sam received the Paul Cram Creation award and will be presenting a piece in his honour at the 2022 Open Waters Festival. “With a lyrical sensitivity to her instrumental compositions, her music draws listeners in with subtlety and introspective levity.” – Upstream Music Association