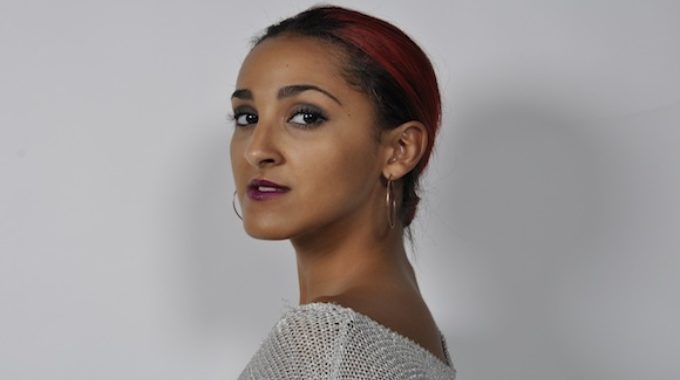 Samm Splash is diving into the Halifax music scene as a vocalist from Dartmouth, Nova Scotia. She has recently received the Rising Star- New Artist Award for the 2014 African Nova Scotian Music Awards. Samm is developing a name in the local scene with her unique voice and smooth sound.

Fresh off the release of her Debut EP "The Breakup EP", which was nominated for Urban Recording of the year for the 2014 Music Nova Scotia Awards, Samm is creating a buzz and moving forward with her music, also nominated for African Nova Scotian Artist of the Year. She is performing live shows and collaborating with artists such as Nicole Ariana, Eroc, Nadasi, Shevy Price, Blitz and various local musicians. Samm has worked with producers, Johann "Yogidaproducer" Deterville (St. Lucia) who engineered the R&B/Pop EP, Natty (Toronto) and Shawn Downey (Halifax). Samm has been working with Erin Costello as well, performing at the Halifax Jazz Festival and touring throughout Atlantic Canada as Erin's backup singer. Her supporting vocals are also featured on Erin Costelo's album "We Can Get Over". Having developed her vocal skills, Samm was also a member of the band Asia & Nu Gruv as one of their backup singers and has performed live and recorded supporting vocals for artists such as The Will Be Gones, Anthony Adams and The Vision Band and Tomi Allen.

At a very young age, Samm knew that she had a gift to share with the world. As she entered high school, Samm was performing at every assembly, sporting event and function that she possibly could. Being involved in the music community at school was important to Samm and prepared her for the "real world". Upon graduating high school, Samm began singing with rapper Shevy Price acting as a feature artist on her mixtape(s) and a "hype girl" by the stage name of "Splash". Splash was a nick name that was given to her in her teenage days that "just stuck". The rapper/singer duo was known for their chemistry and stage presence, performing numerous shows opening for acts such as Ghettosocks and Jay Mayne at venues including The Seahorse Tavern and G Lounge (now Stubborn Goat). When she started to branch out, releasing her own music online and performing as a solo artist, she decided to leave her "hype girl" days in the past. This is when she decided to make the name more her own by adding her first name "Samm" being known as Samm Splash ever since.

Artists such as Erykah Badu, Mariah Carey and Alicia Keys are heavy influences of Samm. She pours her heart into every performance and loves connecting with the crowd. Samm is a genuine performer and has been known to have a powerful and emotion-filled performance, touching many who have watched her live. She has been compared to the likes of SWV, En Vogue and Toni Braxton, reflecting her mature-pop sound.