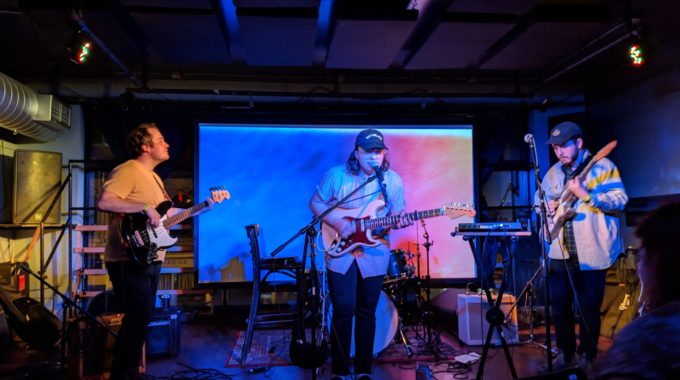 Property is the indie-pop trio of Sarah Harris (guitar/vocals), Jack Etchegary (guitar/drum machine), and Liam Wight (bass). Formed in a university dorm room as a recording project, the band began performing live when they obtained a drum machine for free. Since their 2016 release of demo style songs, Property has played with bands such as Toronto’s July Talk, Alvvays, and Dilly Dally, and Peterborough’s The Burning Hell. Recorded in Montreal in 2017, their first official release, Privacy, and was nominated for three Music NL awards and has been described by the CBC as “edgy pop music with intricate musicality and thoughtful lyrics.” The lack of drum kit means the band tours lightly--they’ve toured eastern canada and appeared on stages at NXNE, Ottawa Explosion Weekend, Halifax Pop Explosion, Kazoo fest!, Flourish Fest, Pop Montreal, and Lawnya Vawnya. Their EP "How to Be Human" was released in May 2019.