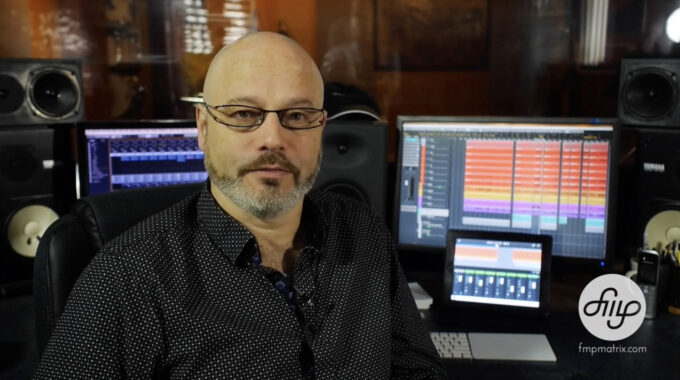 From the age of six, Scott Ferguson began to show promise as a drummer jamming on his toy tin drum. These are the humble beginnings of what has become a great musical adventure for Scott. After a string of school concert bands, a Diploma in Jazz Studies and a Bachelor of Music from St. Francis Xavier University, Scott Ferguson has gone on to live his musical dreams. In the early 80’s Scott focused on his jazz passion studying with renowned drum teacher Jim Blackley in Toronto and performing with such greats as Oliver Jones, Peter Appleyard and Dave Young. Settling in Halifax, Nova Scotia, Scott broadened his stylistic scope and in 1992 embarked on a seven year tenure touring and recording with “The Rankin Family”. After hundreds of concerts in Canada, The United States, The U.K. and Australia Scott started pursuing his interest in studio production. Inspired by his work with legendary Nashville producers George Massenberg and John Jennings on the Rankin CDs “Uprooted” and "Endless Seasons", Scott opened FMP Matrix (Ferguson Music Productions) in 2001. Since then Scott has engineered and/or produced over 150 full length albums and countless sessions for artist such as Myles Goodwyn, Dean Brody, Dave Carroll, Ryan Cook, Wayne Nicholson, John Campbelljohn, Terra Spencer, Charlie A'Court, Ian Sherwood, Kendra and Troy MacGillivray and The Nova Scotia Mass Choir, as well as worked on tv/film scores, internet media and podcasting efforts. Recordings that Scott has contributed his technical and creative skills to have gone on to win or be nominated for over 80 ECMA, MNS, GMAC, MAJA and CCMA awards. Scott also has received honours as Music Nova Scotia and ECMA Studio Engineer and ECMA Studio of the Year.