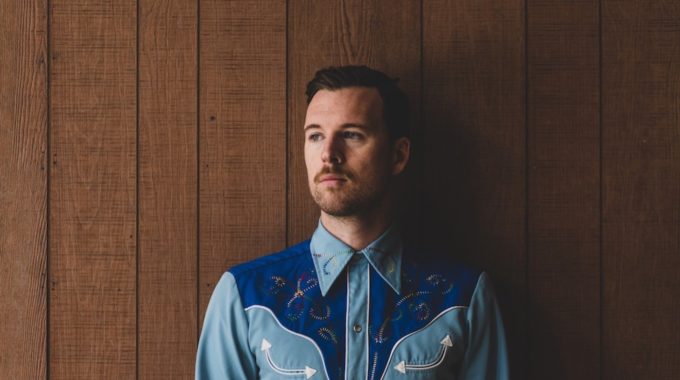 From the sounds of slapback echo, twangy Telecasters and swooning pedal steel, it’s clear that Scott MacKay has an affinity for country music of the 1950s and ‘60s. But the singer/songwriter from Charlottetown, Prince Edward Island also has a sharp wit that shines through on the 10 original songs that comprise his latest album Stupid Cupid, a collection that offers a fresh, modern take on classic country.

Co-produced with Adam Gallant at The Hill Sound Studio in Charlottetown and mixed by Scott Franchuk in Edmonton, Stupid Cupid features MacKay backed by his regular rhythm section of Josh and Sam Langille, along with renowned guitarist Grant Siemens and pedal steel master Burke Carroll. For MacKay, it’s his third album and the first reflection of what he describes as getting bit by the classic country bug since his previous release.

“I really became smitten with songwriters such as Shel Silverstein, Hank Williams, Bobby Bare, Roger Miller and others,” he says. “It made me focus my attention on improving my songwriting, and I tried to learn as much about it as I could. I took a lyric writing class, a storytelling class, and a creative writing class. I even took part in a songwriting workshop in Nashville where I got to meet and learn from some of the greatest songwriters in the world.”

The results of that hard work speak for themselves on Stupid Cupid. From the title track’s protagonist having his plan to win his dream girl go terribly wrong, to the tale of someone receiving a “Brand New Heart” from a man killed by his lover, to the surprisingly philosophical “God Walks Into A Bar,” MacKay effortlessly breathes new life into longstanding country music themes. However, it’s all designed to put a smile on your face, as well as a tear in your beer.

“I didn’t make a conscious decision to write an album that had a thread of humour woven throughout, but as I started looking at the songs I had written I noticed that there was,” MacKay says. “I wanted the album to be quirky and more playful than my previous work, but to also have a song or two on there that are a little more thought-provoking or emotional to reflect all aspects of my songwriting identity and also make for a more dynamic listening experience.”

MacKay’s love of wordplay stems in part from his work as a Junior High School teacher in Charlottetown, as he finishes his Master’s in Education. But he admits his shift to more light-hearted storytelling is a product of entering his thirties, and not taking himself as seriously as he once did. If a good idea leads to a song, humorous or not, then that’s all that matters.

“My goal as a writer is to have a voice that is uniquely mine,” MacKay says. “All of my favourite artists have undeniable signatures. When you read something from Shel Silverstein it’s undeniably his. When you hear a John Prine song you know who wrote it. It takes a really

long time to develop a voice as a writer, but I do feel like I’m getting closer and closer to making my own.”

Scott MacKay is certainly on his way to achieving that kind of recognition as his catalogue has surpassed one million streams. The track “Where the Enemy Sleeps (feat. Emilee Sorrey)” from MacKay’s album Twin was used as the theme song for the true crime podcasts Over My Dead Body, and Joe Exotic: Tiger King, the latter inspiring the hit Netflix show Tiger King. MacKay has also been honoured in his former home base of Calgary with multiple Calgary Music Award nominations and has fared well in CBC’s Searchlight and other international songwriting competitions.

Now with Stupid Cupid, Scott MacKay is ready to take country music back to the future and place himself squarely in the conversation about Canadian roots music artists to keep a close eye on.