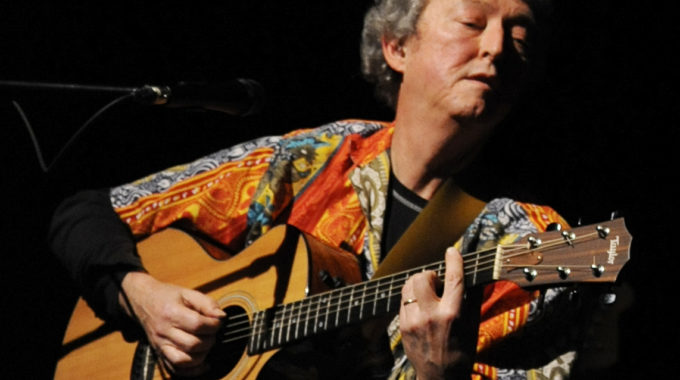 Scott Macmillan has a passion for creating music, propelling him forward to a new composition, arrangement commission, collaboration, performance, musical directing live or in the studio, conducting, teaching, or as a clinician. Driven by his need to be creative Macmillan seeks opportunities in all aspects of music making. That love has inspired exploration into genres from rock to blues, classical to choral, Celtic to jazz, as well as modern and avant-garde.

Music has taken Macmillan to many places, to Carnegie Hall in New York twice, to perform his much loved ode to our world’s oceans “Celtic Mass for the Sea”, with his partner and librettist Jennyfer Brickenden. He has performed in the British Isles and Germany, the US and has crossed Canada many times to conduct orchestras, perform, make television and radio shows and sound tracks for films. Yet the many who seek out his talents know that Nova Scotia, the home of his birth, is where to find him.

2016 saw the completion of 3 major creative projects in the form of new recordings. In April, Macmillan released ‘Scott ’n the Rocks, Live at Stayner’s’ featuring his original music composed for his 12-piece jazz ensemble, which celebrated its 10 anniversary. Scott joined forces with Cape Breton fiddler Colin Grant. In July of 2016 they launched their 1st duo recording; ‘GOOD2GO’, which went into its 2nd pressing only 2 months after its release. In Sept of 2016 Scott released a serious music recording, ‘Currents of Sable Island’, an extended composition for solo voice and chamber ensemble based around his experiences on Sable Island a decade ago.

All 3 were nominated for an 2017 East Coast Music Award and Currents of Sable Island garnered Classical Composition of the Year while GOOD2GO took home Trad. Instrumental of the Year.

Now Scott & Colin are nominated for ‘2017 Canadian Folk Music Award Instrumental Group of the Year’. Plus ‘GOOD2GO’ and ‘Currents of Sable Island’ have been nominated for the 2017 Music Nova Scotia Awards for Traditional/Roots Recording of the Year and Classical Recording for the Year respectively.

2014 recipient of Nova Scotia’s top Artist Prize, the Portia White Prize, Macmillan is a musical treasure, who has played a significant role expanding audiences for Atlantic Canadian music both nationally and internationally for over 40 years. Acknowledged by Rita MacNeil as an integral contributor to her success, Scott played an equally pivotal role in the rise of the Rankin Family Band, Symphony Nova Scotia’s Maritime Pops programming and the Nova Scotia Mass Choir.

It’s the connections with people that feed Macmillan inspiring and motivating his performances and creative talent. “It’s the thrill of creating something for people that no one else has done, but when they hear it, they feel like they have heard it before,” enthuses Macmillan. That ethic continues to inspire audiences and musicians to love Scott’s works such as ‘Suite Silver Dart’, ‘MacKinnon’s Brook Suite’, ‘Within Sight of Shore ‘Aiseag-the ferryboat’. In 2015 he collaborated with Alan Syliboy, in a Tribute to the Mi’kmaw poet Rita Joe he Wagmatcook Arts & Culture Festival. An animated performer, Scott lets loose composing for and performing with ‘Scott 'n the Rocks’, and in his musically challenging Guitar Duo with Brian Doyle and with his Fiddle/Guitar Duo with Colin Grant.

Awards, appointments, commissions and critical reviews all reflect Macmillan’s success establishing his contribution to the music of Nova Scotia and the world. He has shown us, with his live performances and creative works, a great personal legacy of written music, recorded music, and music presented from the grandeur of concert halls to the intimacy living rooms. Scott Macmillan’s musical legacy is lasting and timeless.

Inspired by his desire to learn and expand his own musical knowledge and how as the best students make the best teachers, Scott began mentoring a new generation of guitarists in 2008 at the Fountain School of Performing Arts, Dalhousie University.