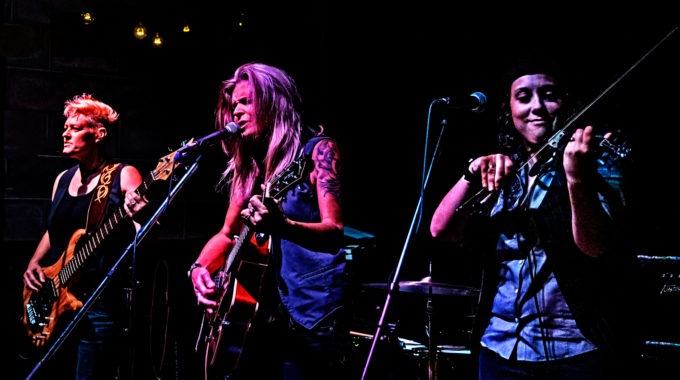 The women in Fluffy Little Cowboys are no angels; what they are is a fiery, focused trio with an eclectic sound that’s incredibly compelling but almost impossible to categorize.

Some call it alternative East Coast, but you’ll also hear tinges of country, roots, trad, and blues … then there’s the rhythmic spoken word and punk rock piss-and-vinegar. Trying to identify every influence is like trying to pick out every poke of a full-sleeve tattoo.

The Fluffy’s recent album, No Angel, was produced by PEI wunderkind Nathan Wiley and features Doobie Brothers drummer Ed Toth, the lyrical content is weighty, tackling combustible subjects head-on, hitting like a musical Molotov cocktail; however, at their core is a message of empowerment & inclusion.

Fluffy Little Cowboys are a lot of things, but put simply, they are an edgy group of passionate performers who love to make great music.