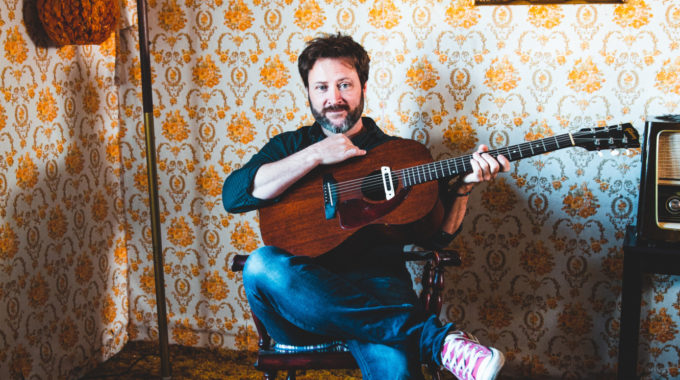 With his unique brand of radio-friendly and folky foot stompers, Sherman Downey has not only solidified himself as one of Newfoundland & Labrador’s most treasured artists, but as a nationally revered and much sought after songwriter. His songs have won over listeners from his homeland to the mainland and beyond - all the while collecting a multitude of impressive accolades.

Sherman’s debut "Honey For Bees” received wide critical acclaim, earning him ‘MusicNL’s Male Artist of the Year’ and garnering international attention. His highly anticipated second release "The Sun In Your Eyes" was awarded ‘MusicNL's Pop/Rock Recording of the Year', 'SOCAN Songwriter of the Year' distinction, and a prestigious ECMA nomination for ‘Group Recording of the Year’ alongside his band The Ambiguous Case. The album's first single “Thick as Thieves” went on to win Sherman Downey the CBC Searchlight Prize as ‘Canada's Best New Artist’, bolstering his profile as a touring act with a flourishing fan base.

His latest release “New Beautiful” offers a sincere storied glimpse at wandering far from home while longing to return. Fans of his first two albums will be happy to hear the familiar character-driven songs that embrace his folk and country roots, but will no doubt notice a new musical exploration. Transitions from the beautiful to the gritty, from simple instrumentation to straight-up keys-pop, and lush with strings and horns that sweep in to accompany the listener through the album’s journey. When he sings of letting loose in the local dance hall, people-watching from the front porch, or playing with love in out-of-the-way gas stations, Sherman speaks to those of us who yearn for a change in their day to day lives. “New Beautiful” is exactly as its title suggests, and is available everywhere now.