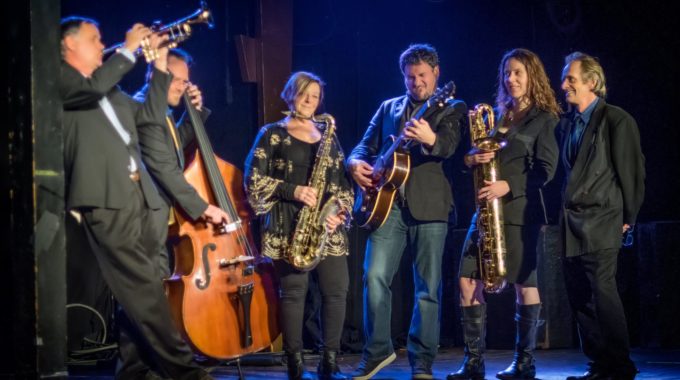 Yes folks, 'Things Keep Lookin' Up' for Shirley Jackson & Her Good Rockin’ Daddys with a nomination for a Maple Blues Award for Horn Player and with the release of their new cd. 16 tracks of sassy swing, grit & blues, soulful ballads and spunky instrumentals. The band continues to fuel the dance floor to a sound inspired by the early years of Rock & Roll when horn sections were an integral part of the sound stylized by Jackson’s own song writing and horn arrangements.

Tour Highlights – 2016 through 2017 have generated a busy season with theatre shows and festivals such as: the Harmony Bazaar Festival, the Atlantic Jazz Festival, the Chester Playhouse Theatre, King’s Theatre, Grace Jollymore Joyce Theatre, Marigold Theatre, as well as regular engagements at local venues.

Shirley Jackson continues to lead the Good Rockin’ Daddys into a sound that is reminiscent of the times when honking and screaming saxophones put the swing into dance clubs.