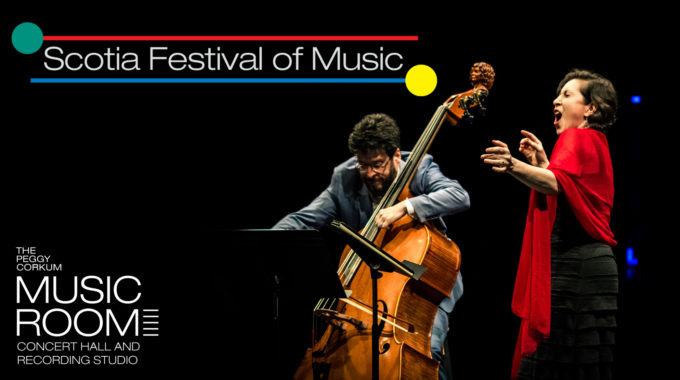 A staple of the artistic landscape in Halifax, Nova Scotia, Canada for over 40 years, Scotia Festival of Music exists thanks to the vision and tenacity of Chris Wilcox, our founding Managing and Artistic Director. Along with Robert Marcellus, the principal clarinetist of the Cleveland Orchestra, Chris conceived and planned the first Scotia Festival of Music in 1980, with guest artists including superstar pianist John Browning, and Lynn Harrell, one of the world’s greatest cellists.

From the start we have been equally dedicated to performance and education, providing an opportunity for fine young student musicians to train with and play alongside our guest artists via our Young Artist Program.

Among the impressive list of our Young Artists who have gone on to successful careers in music are:

In 2002 Scotia Festival constructed the award-winning Peggy Corkum Music Room, which fits Pierre Boulez’ definition of a masterpiece, “the unexpected which has become necessary.” The Music Room is a unique community resource, always busy with recitals, competitions, recording sessions, meetings, workshops, and more.

The principal event that Scotia Festival presents in the Music Room is The Music Room Chamber Players Series, now in its eighth season, which partners with Dalhousie University to present a 20-concert series of recitals and chamber music, with a mix of local musicians and visiting artists.