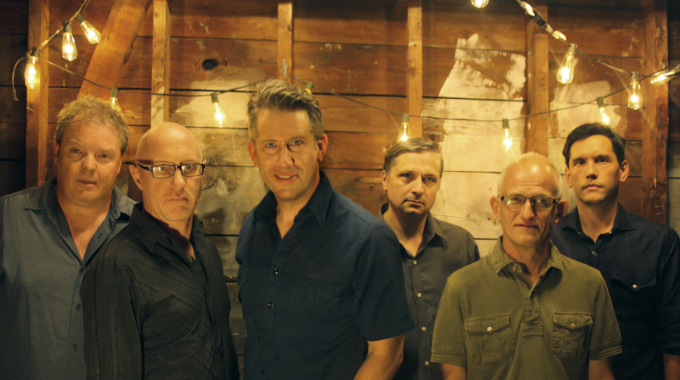 Canadian alt-roots rockers Sleepy Driver are pleased to announce the release of their fifth full-length album, “Sugar Skull” (2017) on October 20, on the heels of their instrumental album "Decomposed" released in May 2017. Since their debut “Steady Now” (2009) and follow-up “In A Low Dark Light” (2012), the award-winning band has enjoyed airplay and chart success in Canada, the US, and Europe for their blend of traditional flavours and college rock influences. After “Ignatius” (2014), a collection built upon a folky acoustic core, Sleepy Driver decided to return to their rock roots. In the basement of singer-songwriter Peter Hicks’ home, the band arranged Hicks’ compositions as a unit and, with the tape rolling, crafted the solid foundation of “Sugar Skull.” “You can hear the excitement in the performances,” says Hicks. “There is an energy that only comes from playing together.” The resulting ten songs capture the unique cross-section of styles familiar to fans: the horn-infused “Unpromise” to the rollicking title track, to the reflective ballad “Before We Go Home.” It’s an album guaranteed to please the faithful and convert new listeners.