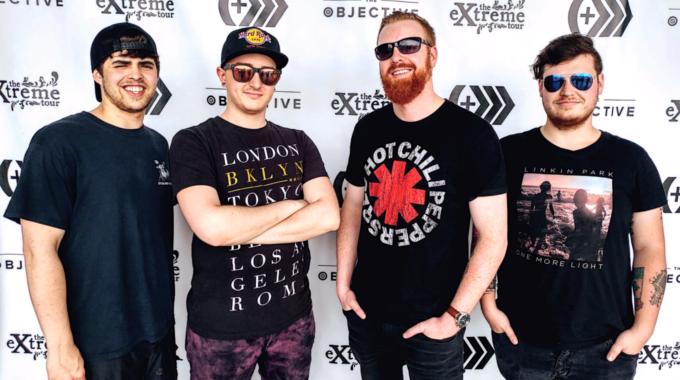 Sound Drown - Your Princess Is In Another Castle
https://www.youtube.com/watch?v=h68mIrLBj3o
BUY MUSIC

Sound Drown is a pop-punk band proudly reporting from Saint John, NB. With the release of their EP, “Dino Droppings”, and some hot new singles from an upcoming LP, "Selfish Reasons", Sound Drown brings a fresh feel to some classic genres. Lush with addicting progressions, an edgy pop vocal approach, and persistent alternative undertones, their songs boast the aesthetic of pop-punk anthems. Although they are diverse from one another, there is a glue that holds them all together much like a concept album would.

Sound Drown was originally formed by founding member Brandon Wiseman. Having songs written for the band, Wiseman began putting together the lineup with himself sticking to bass and lead vocals. Agreeing to test the band’s chemistry by playing covers to start enabled him to find the right people for the band. Wiseman ended up going through numerous lineup changes and several shows before finally finding drummer Drew Neathway, lead guitarist / backing vocalist Nick Ryan, and rhythm guitarist / backing vocalist Justin Goss.