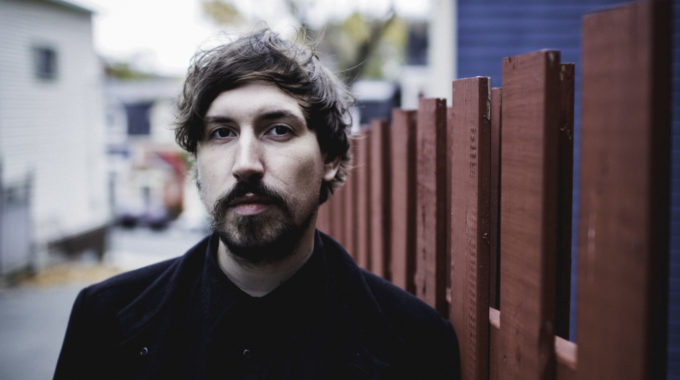 Steve Maloney is a tender balladeer hailing from St. John’s, Newfoundland. Known for his velvet-tinged baritone and expansive range, Maloney’s contemporary croon maintains a timeless sensibility. He has been touring eastern Canada for the past few years after a debut release with his group the Wandering Kind. With excursions south to Barbados (Bell/Flow networks) and north to Dawson City (DCMF Songwriter in Residence 2017). His debut was nominated for ECMA awards, and short-listed for the Borealis Prize, while taking home MusicNL’s Rising Star of the Year (among other nominations). He has supported acts like Wintersleep, Hey Rosetta!, Joel Plaskett, Amelia Curran, Hawksley Workman, The Wooden Sky, Basia Bulat, and Bahamas, among others. Festival stops have included Halifax Pop Explosion, The NL Folk Festival, Stan Rogers Folk Festival, In the Dead of Winter, Writers at Woody Point, and more. His newest album The Memory Game was produced by Joshua Van Tassel (Donovan Woods, Sarah Slean) and features contributions from The Weather Station (Tamara Lindeman), Drew Jurecka, and members of Great Lake Swimmers. Steve recently won three 2017 MusicNL awards; Country Album of the Year (for a collection of lo-fi ballads called Room With a View), Alternative Album of the Year (for The Memory Game), and the Ron Hynes SOCAN Songwriter of the Year. In January 2018 the Memory Game was awarded the Borealis Music Prize, a triple juried award from the arts community in Newfoundland. He is currently at home in St. John’s preparing for the lead role of Roger in the musical Rent (TaDa Productions), producing an album for the young Corner Brook duo Bridget & Dahlia, and demoing new material for a Wandering Kind recording in 2018. Maloney can be found at the 2018 ECMAs in Halifax (May 2nd - 6th) with showcases at the Folk and Export Buyers stages.

"He's beloved in St. John's, and if they haven't yet, the rest of the world can expect to hear more from Steve Maloney and the Wandering Kind" (Vish Khanna, Exclaim!)