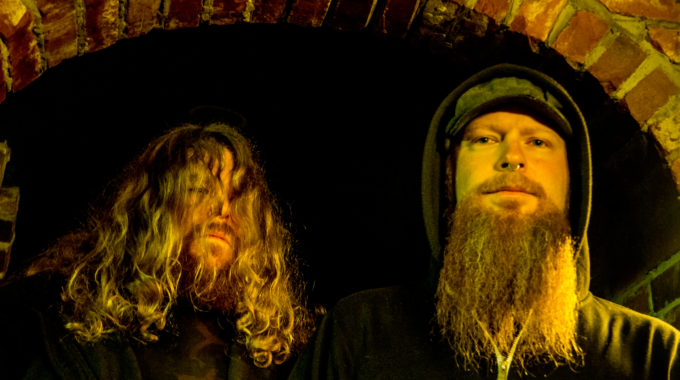 ZAUM is a passage toward the dark realizations of the old world; a monolithic doomy mantra based meditative experience forged by bass and drums interwoven with sitar, woodwind, string and synth textures. Based in New Brunswick, Canada – observers experience a tranquil resonance whereby the astral and physical planes can co-exist and be understood from a natural perspective.

ZAUM’s second and latest full length musical chapter “Eidolon” was released October 24, 2016 via I HATE worldwide and were the recipients of the MNB Award for Best Loud Artist of 2016 and 2017 consecutively in New Brunswick. Their debut album Oracles released in June 2014 was nominated for an ECMA Award for Best Loud Recording. In their 3.5 years as an active touring band ZAUM have amassed 200+ shows (mainly international) under their belts including a showcase most recently at Roadburn 2017.