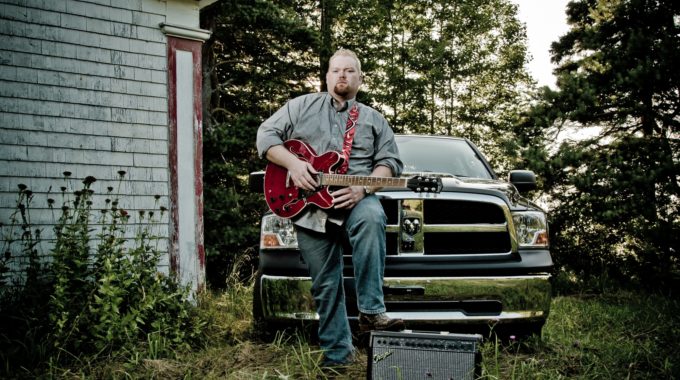 2017 is a rebuilding year for Ted Wallace. He is putting together a solo show the likes of which he hasn't done before. With stories and yarns, jokes and puns, not to mention songs that mean something as well as entertain you. Since he released his CD titled “Long Night”, in late 2014, Ted Wallace has been playing and promoting this release and now wants to create an entertainment experience for everyone to enjoy.

For those of you who are new to Ted Wallace’s music here is some background on the Artist:

Born and raised in rural Nova Scotia, Ted Wallace is a singer/songwriter currently living on the fertile soil of Nova Scotia’s, Annapolis Valley. His music is inspired by the hardworking men and women he grew up with and shares a kinship with today. His early idols set the tone for his music and to this day undertones of Waylon, Merle and Johnny can still be heard. A varied set list covering multiple genres, yet rooted in country, is sure to please most audiences.

His love of music began at an early age, even penning his first song “My Big Rig and Me” in the third grade. He focused his early performances on musicals in school and at a local dinner theatre. Learning to play guitar when he was sixteen, he continued with formal lessons for guitar and voice in multiple towns and province’s. With earlier attempts at both rock and east coast music in a duo and a trio, he went solo in 2008 and returned to his country roots.

Ted has shared his music in a wide variety of settings some traditional and some not. Ted volunteered for over two years playing for residents of Hants County nursing homes and the local Annapolis Valley Health structured addiction treatment program. He has also played at venues such as coffee shops, farm markets, pubs, Moe’s Place Music outdoor summer concert series, and a multitude of charity events. Ted recorded a song at the infamous Ryman auditorium in Nashville, Tennessee in 2010. Ted was delighted to find himself amongst the finalists for 2012's Annapolis Royal karaoke contest. He was even given the opportunity to briefly entertain the crowd at The Silver Dollar Saloon in Nashville. This is a major highlight of his early career.

Now if this doesn’t make him sound like a good old country boy to you, keep in mind. He grew up working on his Uncle’s farm, hunts, fishes, has two dogs, loves his wife, and has a 4x4 pickup truck. Nuff said…..

In the words of Waylon Jennings, “Don’t ever try and be like anybody else and don’t be afraid to take risks”.