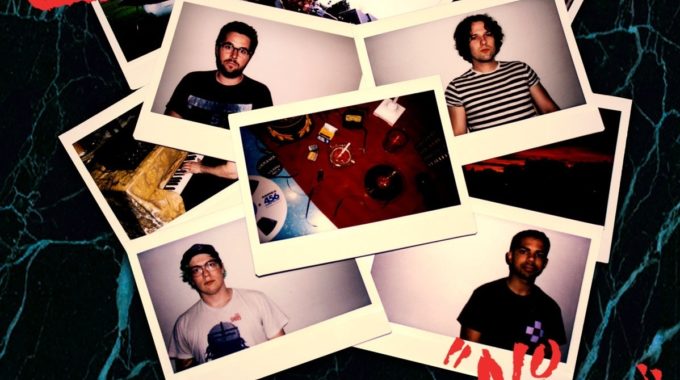 OUTTACONTROLLER crashed into the Halifax music scene with their defiant buzz-saw-fuzz-power-pop in 2011. Before they had even played their first show, they were signed on to P.Trash records in Germany, based on their three-track digital EP Power Out (2011).

The band followed up on their second full-length release with the No Echo EP (Jarama Records, Spain) in 2017. They are currently working on an upcoming third full-length LP, for which the band has confirmed release on three labels, based out of Canada, Germany, and Australia.

OUTTACONTROLLER self-released the Remote Control EP in 2013, as a very limited edition companion to their Canadian tour. In 2014, OUTTACONTROLLER teamed up with their friends in Pink Wine (Toronto) to release a split EP on Vinyl/Cassette through Young Modern Records (Ottawa). They have been featured on many compilations, including, Stupid Brain: An East Coast Punk Rock Compilation (2012), This Is Pop! Canada Vol. 1 compilation (This is Pop! Records, Alberta, 2018), and Pentagon Black Compilation #4 (Montreal, 2017). In 2019, the band provided the title track to the TRASH ON!!! compilation (FDH Records, Philadelphia, PA), released in tribute to Peter Eichhorn of P.Trash records after his tragic, unexpected death in 2018.

In 2015, OUTTACONTROLLER’s music was featured several times throughout the full-length film Across the Line (Director X). In 2016, they were long-listed for the Polaris music prize and have won the Coast’s Best of Music four times (Gold 2013-2015, Bronze 2016). Notable radio features include Live105 (Halifax), AMI (Halifax), CKDU (Halifax), KCRW (Seattle), KMUZ (Oregon), CiTR (Vancouver), CKCU (Ottawa), just to name a few.

To date, OUTTACONTROLLER digital tracks have been streamed over 103,000 times on Spotify, Bandcamp, and Youtube, with 4000 album downloads on Bandcamp. Their physical releases have sold over 2000 copies, with distribution worldwide. They were invited to play the Halifax Pop Explosion in 2011-2014, and the Ottawa Explosion in 2014. In 2018, they were asked to play the Into the Night festival in Halifax. They have toured Eastern Canada extensively, selling out the Bovine Sex Club in Toronto alongside the Vapids, and they hit the West coast in 2016. They have been offered exciting opportunities to work with the on-the-pulse radio station KCRW in Seattle, and to tour Spain and Germany with their record labels in Europe.

With their upcoming release, OUTTACONTROLLER intends to reach even further, having just released their first music video for their track Glassy Eyes. As strong as the band is on their releases, they have always been proud of their electric and raw live stage presence, which they hope to bring to more audiences in 2019 with more extensive touring.