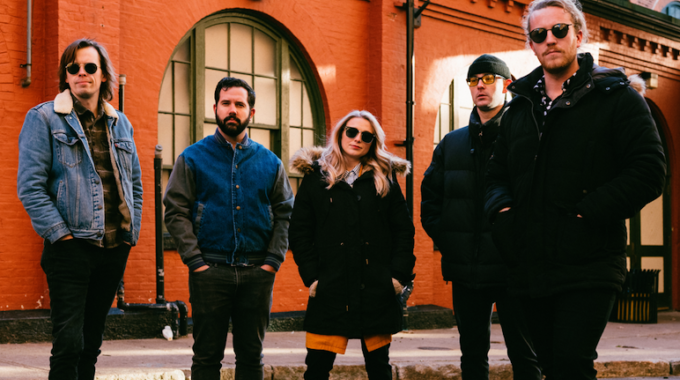 The Backstays formed in Saint John, New Brunswick in 2018. Since releasing their debut EP (self-titled) in August 2018, the band has toured the East Coast also supporting musicians like Joel Plaskett Emergency, Hannah Georgas, The Great Lake Swimmers and Adam Baldwin. With pointed lyrics as social as they are musical, the band brings together roots and heartland rock into a more expansive sound that equally evokes new wave and post-punk. The band consists of Pete Johnston on guitar/vocals and keyboards, Serenna Chapman on violin/vocals and keyboards, Derek Hichie on keyboards/guitar, Keith Whipple on bass, and Lorne Kirkpatrick on drums. Together they take the wall of sound ethos from the studio to the stage. The Backstays will release their first LP Tributaries​ in spring 2021.