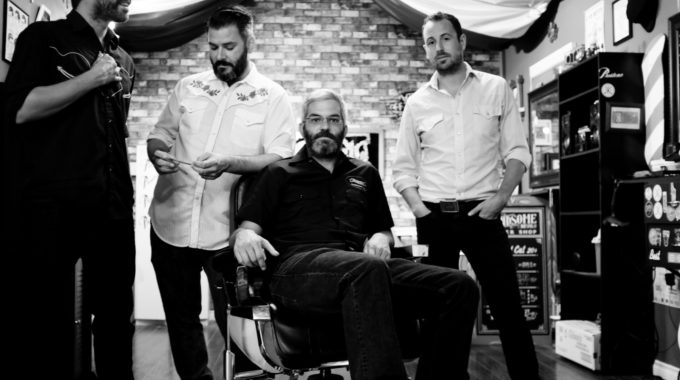 The story of the Backyard Devils started about 5 years ago, when lead singer and lyricist Erik Arsenault decided to return to the East Coast after spending a few years out West. The roadtrip back proved to be much fruitful when the singer and his brother Rémi (vocals, bass) decided to start a dirty country and bluegrass band that would cater to the young and old. They recruited Chris Belliveau, a talented and highly demanded guitar player with a love for roots music and Dillon Robicheau, a seasoned bluegrass mandolin and banjo player out of Nova Scotia to help create the vision. With a swinging guitar rhythm, doghouse bass slaps, smashing guitar solos and lightning quick banjo and mandolin lines, The Backyard Devils managed to hammer down their own sound in an old fashion style, just like the brothers had planned.

The self-titled album was released in May of 2011 was extremely well received and the Devils quickly became an instant party concert favorite. They were awarded three 2011 Music NB Awards (Emerging Artist, Country Album of the Year & Group Recording of the Year). They spent the following years raising hell with their foot stomping music all over Canada, the UK, Ireland, Switzerland, France and the US. They have released their second album, Honky Tonk Heartbreaker at the end of 2014.

“The group face a big job following up their debut. It was full of exciting songs, some funny, some raucous, and it served them very well in concert. They could come out of the gate with three or four excellent numbers that would really get the crowd pumped. On Honkytonk Heartbreaker, they've matched those standards." – Bob Mersereau, Producer and journalist, CBC TV, East Coast Music.