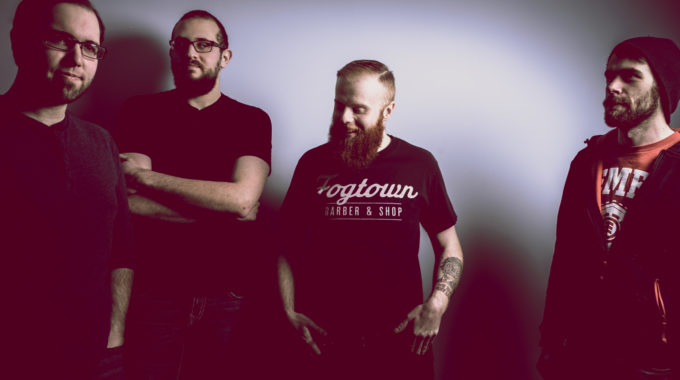 Metal music is a genre ripe with imitators, fads, throwbacks and retreads. Sifting through the noise is a task among endless cacophony, but St. John’s, NL based prog-metal quartet The Combine offer a reprieve, a break from convention. Taylor Roberts, Mike Mercer, Matt Ball, and Chris Reid form a group that draws influence from past and present greats of the genre. Acts like Mastodon and Opeth can be compared to them, but make no mistake, The Combine is a band that defies imitation, unleashing a sonic footprint entirely all their own.

With thick, slicing, and at times sinister riffs, swift and sweeping grooves, and the all pomp and pageantry you’d expect, The Combine’s sophomore studio album Void and Vessel meets and surpasses the benchmark set by their landmark debut, Witness. The band has shape-shifted from tireless ghosts of pubs and music halls to an anomaly and rarity of the modern-artist age, one whose live performances meet spectacle and required-viewing status.

Stints performing alongside the likes of Protest The Hero and Cancer Bats have provided invaluable experience to pair with their MusicNL and ECMA award nominations. The time for stretch-marks and growing pains is nearing an end, as the band is poised to break out with a fury in 2017.

The Combine have honed a sound that is complex without being coded, layered yet not overstuffed, and artful without pretension. The future of heavy music is slick and sophisticated, while never sacrificing in bark or bite. You’ll find The Combine at the apex of that curve, raging far above the static noise.