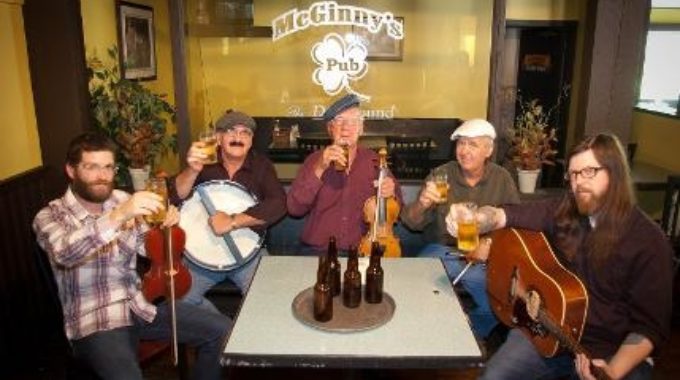 Winston, Bob, Frank and Richard grew up in rural New Brunswick. Their Father was of Irish decent and their Mother was of Scottish decent. Their Father was a singer and musician; playing the squeeze box accordion. Their first influence in music was without a doubt Celtic. Every evening, after supper, the norm was for the family to play music together. As the brothers grew older they followed various musical and individual directions but always coming together to play when ever time would allow.

In 1971 Bob formed a band (not his first) “The Morning Light” which included Frank on bass and Richard on drums and they recorded their first album “Peoples Roses”. They recorded this album at Scorpio Studio in Halifax, N.S. This album was recorded under the Audat label and they were able to land a national distribution deal with World Records.

In 1980 Richard and Bob entered two songs in the Maritime Country Song Writing Contest, with over 100 bands competing both of their songs made it to the finals.

Mean while Winston was honing his fiddle skills playing with several bands. In 1982 after winning several fiddle contests Winston won the Maritime Fiddle Championship. Winston toured extensively on his own and as well with Graham and Eleanor Townsend past Canadian Champions. He performed in 1984 for Prince Andrew’s New Brunswick Royal visit. In 1991 Winston was inducted into the New Brunswick Country Music Hall of Fame. Winston went on to be president of the New Brunswick Old Thyme Fiddle Orchestra. In 2000, Winston with the orchestra, Bob, Frank and Richard-the back up for the orchestra-preformed on Parliament Hill in Ottawa for the Canada Day celebration performing for over 300,000 people.

In 2003 the brothers started concentrating on Celtic music, playing several concerts in their home town of Sussex, N. B. as well as the Atlantic National Exhibition.

In 2007 the brothers purchased their own recording studio and began recording several CDs.

"Christmas with the Crawford Brothers"

In 2009 they began recording "The Crawfords, Murphy and the Devil". After working on two numbers, Bob took sick and eventually succumbed to cancer. It took time to regroup. In completion of this CD Winston, Frank, and Richard asked Bob`s two sons to take part in the recording. Both Shawn and Christopher are accomplished musicians as well.


In 2009 both Shaun and Christopher were nominated for an East Coast Music Award for their work with their band Glactus in the loud category. Shaun left Galactus soon after and began playing with “Iron Giant”-whom actually won the award in that category. Shawn traveled extensively throughout the Maritimes, Quebec and Ontario.

We have been working hard on our latest performance, and invite you to join us for this journey. Come, and be entertained. We love to meet our audience, so be sure to introduce yourselves afterward!