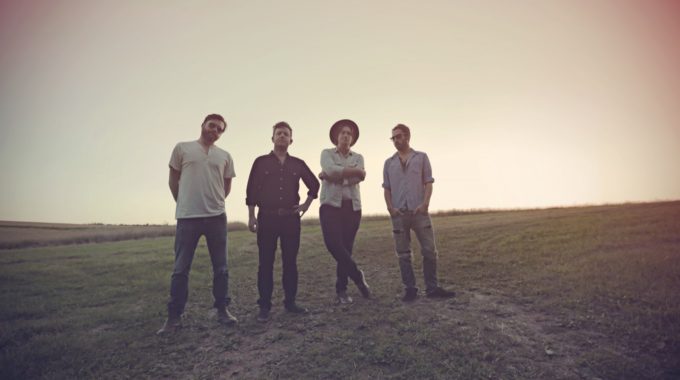 The Meds - Running the Edge Down
https://www.youtube.com/watch?v=wKfX4WIdpwc
BUY MUSIC

From touring with JUNO winning artist Matt Mays to hitting the recording studio with JUNO nominee Colin MacDonald (The Trews), PEI’s rock renegades The Meds have hit the Canadian music scene running, and show no signs of slowing down.

The Meds (Kyle Drake - lead vocals/guitar, Bruce Rooney – guitar, backing vocals, Iain McCarvill – bass, backing vocals, and George Maros – drums) have rocked stages across the country, opening for bands including: The Sheepdogs, Meatloaf, Down with Webster, and The Trews – including a twenty-five date national tour in direct support of Mays and his JUNO winning album, Coyote, performing in hallowed halls like The Commodore Ballroom (Vancouver), and The Phoenix Concert Theatre (Toronto).

In late 2012 The Meds released their debut recording 'The Meds EP' - a six track collection of songs recorded over their long collaboration with producer/mentor Mays in locales from the harsh rocky shores of rural Nova Scotia, to the sun-soaked California coast.

Two years later, the Island rockers released their first full-length record 'South America’ (2014) – a ten song album that builds on the sound captured on 2012’s 'The Meds EP' and continues on the theme of loneliness and heartache penetrated by a ray of optimism – a dreamer’s guide to life in a touring band. South America encompasses a variety of sounds and messages that will tear at your heartstrings during one track and liven you up the next – a rare balance to achieve.

The title track from the album as well as the lead single and East Coast Countdown #1 hit “Running the Edge Down”, were produced by Trews frontman MacDonald who says: “I love The Meds. They write great songs and the singer Kyle is the real deal." After several years of recording in multiple locations, the songs on 'South America' are each a unique soundscape – offering the opportunity for any one of the ten tunes to become your favourite.

Following the April release of ‘South America,’ The Meds are taking their show on the road including dates with great bands like Coyote (PE) and The Royal Streets (ON).

Check back in at www.themeds.ca for news, tour dates, and new music from The Meds!