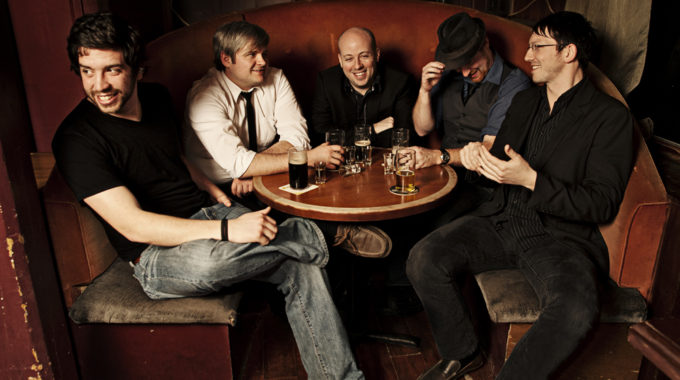 The Rolling Kings - Star of the County Down
http://www.youtube.com/watch?v=T0wNo6qiO2c
BUY MUSIC

The Rolling Kings, a five-piece Celtic Rock ensemble, took its name from the lyrics of the old shanty, “South Australia”. Hailing from St. John’s, the band draws influence from the roots music of Newfoundland and Ireland, but also from rock, folk, and countless other genres when writing and arranging their songs.

The group’s high energy, distinguishable style has made the lads a staple of the local live scene on the stages of George Street, at festivals, charity events, private functions and conferences, and pretty much anywhere that will have them.

Winner's of the 2013 MusicNL Bell Aliant Fan's Choice Album of the Year!