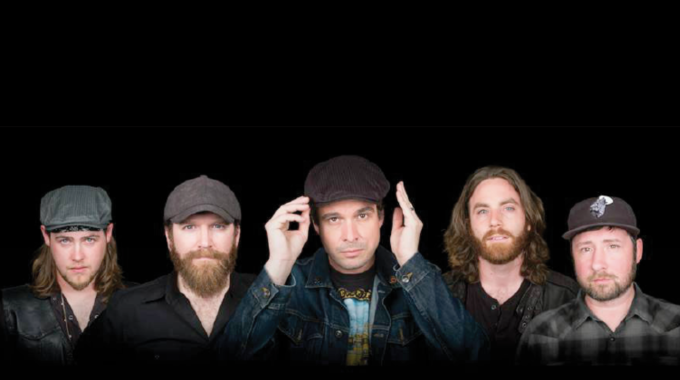 The Stanfields are a five-piece rock/roots band based in Halifax NS, Canada. They play what they want, sing what they feel, and leave nothing on the table. They have released four albums to date - Vanguard of the Young & Reckless (2010), Death & Taxes (2012),  For King and Country (2013) and Modem Operandi (2015). The band have toured extensively throughout Europe and North America, including performances at Hurricane, Southside, Chimisee, Highfield, Q-Stock, Sled Island, TURF, Rock The Shores among many others, countless club tours on both continents and a multitude of supporting television and radio appearances.

JAN'17: The Stanfields embark on a German and UK tour.

JUN'16: The album release saw the band touring Germany in both spring and summer of 2016 to increased audiences and great acclaim, including stops at Hurricane, Sommerkult and Fusion Festivals.

APR'16: Modem Operandi was nominated for the 2016 ECMA Rock Recording of the Year.

DEC '14: Represent the Province of Nova Scotia at the annual Boston Tree Lighting at the Boston Common, broadcast on ABC TV

NOV '13: Awarded "FANS CHOICE ENTERTAINER OF THE YEAR" and "Group Recording of

"Too many of these bands sound like Pogues wannabes, but that's not where The Stanfields are coming from. They want to rock very hard, honour traditional East Coast music, and sing about being from a place with hard-working people, the ones they grew up with, and the ones in their audience." – Bob Mersereau, CBC

"The bastard children of AC/DC and Stan Rogers" – Q104 FM