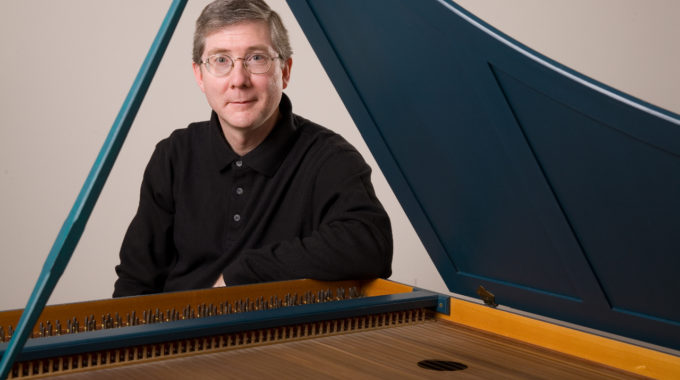 Recorder player and harpsichordist Tim Blackmore has received praise in Canada and abroad as a musician of ‘undaunted enterprise, formidable technical powers and lyrical expressiveness’ (London Daily Telegraph). A graduate of the Montreal Conservatoire, the Curtis Institute of Music in Philadelphia and the Guildhall School of Music in London, England, he is the founder and Artistic Director of the Early Music Studio of Saint John and the Saint John Early Music Festival.

Tim Blackmore founded the La Tour Baroque Duo with the renowned Canadian lutenist Michel Cardin in 2009. Since that time the Duo has performed throughout eastern Canada and in major centres such as Montreal, Toronto, London, Paris and New York. The Duo has also released four CDs to critical acclaim in Canada, the USA and Europe and the first three recordings were all nominated for East Coast Music Awards. In 2013 the La Tour Duo spent three weeks as Musicians-in-Residence at Fort Louisbourg as part of the special events marking the 300th anniversary of the fortress. In 2014 he received an Originals Award from the Saint John Community Arts Board for his contribution to the cultural life of Saint John.

In addition to the La Tour Baroque Duo, Tim Blackmore has, in his role as the founder and Artistic Director of the Early Music Studio of Saint John and the Saint John Early Music Festival, created four other professional ensembles which perform music from the 17th and 18th century on both period and modern instruments. He frequently collaborates with leading New Brunswick musicians and organizations such as the Saint John String Quartet and Symphony New Brunswick, for whom he is an advisor on Baroque repertoire and with whom he has toured as soloist. The Early Music Studio of Saint John`s ensembles have also presented concerts throughout New Brunswick for the Lamèque International Festival of Baroque Music, the Sackville Festival of Early Music, Jeunesses Musicales, Parks Canada, the New Brunswick Historical Society, the University of New Brunswick, Mount Allison University and the Université de Moncton.