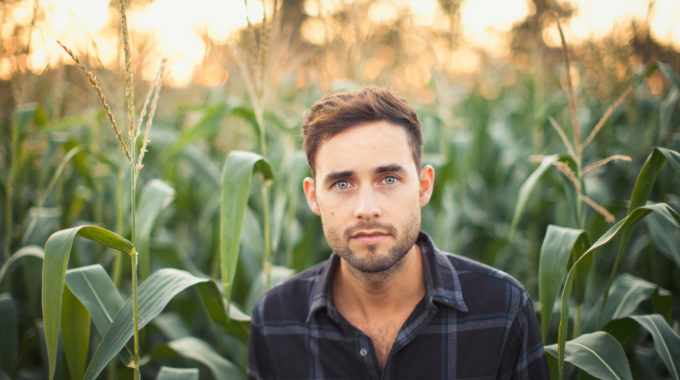 Tim Chaisson is having his moment.

Even if he weren’t perched firmly on top of the most accomplished record of his career – the many-sided country/folk/pop opus Lost in Light, produced by Band of Horses wunderkind Bill Reynolds – the singer/songwriter and multi-instrumentalist would have countless career highs to celebrate.

Where to begin? Three knockout showcases at Austin’s famed South by Southwest Festival last spring and subsequent dates supporting alt-rock legends the Goo Goo Dolls. That spot at the Mariposa Folk Festival covering Gordon Lightfoot under the approving gaze of Lightfoot himself. The SiriusXM INDIE Award nomination for Collaboration of the Year for “Beat This Heart” with Serena Ryder, lifted from Chaisson’s much-feted 2012 Colin Linden-produced disc, The Other Side. A nomination for the 2013 Canadian Country Music Award Discovery Series. Nomination for SIRIUS-XM US Coffee House Discovery Of The Year 2013 and TV special in Canada on CMT’s “Live At The Edison” series.

Yet the 12 skilful songs on Lost in Light sound effortless, natural.

As Chaisson explains, near-constant touring over the past few years – including five trips to Australia– sharpened his writing while extensive demoing in his home studio (“My girlfriend kept asking if I was ever coming out,” he howls) ensured Chaisson’s new material was fully primed by the time he entered the Chalet Studio in Claremont, Ontario last June for two intense weeks of recording alongside Reynolds.

“I had all the songs ready and once I started working with Bill, things moved really fast,” Chaisson confirms. Though he hadn’t met Reynolds before they began on the album, Chaisson says “I have been a Band of Horses fan for a long time.

“I was on the hunt for a producer and I loved what he’d done with Lissie (producing the American singer/songwriter’s 2011 release, Covered up with Flowers). So we started emailing, chatting and it felt like the right fit.

“He was into making a record that had a bit of a country feel and a bit of a pop feel but with a nod to my Celtic background. Plus this time I wanted more polish. Bill was totally down with that. I was like, ‘Alright let’s do this!’ So he came to Canada.”

As with previous records, including 2009’s Broken Hearted Beat, produced by Big Sugar boss Gordie Johnson, Chaisson’s calling card on Lost in Light is his stylistic dexterity, the product of a literal lifetime spent performing solo, in bands and with various members of the sprawling and virtuosic Chaisson clan.

That may also be why the Prince Edward Island native – who plays guitar, fiddle, mandolin, banjo and piano on the new record while handling lead vocals - found it so easy collaborating with others.

“I love writing by myself but it’s also exciting writing with other people and happens a lot when you are on the road,” he says. “In the past, songs I have co-written always ended up being the songs I loved best.”

Witness then the quietly propulsive, conceptually bent “Animal,” co-written with L.A.-based Simon Wilcox via Skype and the knock-kneed romp “Loses Its Shine” penned in Nashville alongside fellow ECMA winner Gordie Sampson over multiple glasses of wine.

Six other tracks – “Goodbye July,” “Miss Saying Goodbye,” “Bad on Me,” “Cajun Moon,” “Life After the War,” and “No Getting Off Easy” – feature Chaisson’s Newfoundland-based pal Chris Kirby while Toronto’s Meredith Shaw abetted on “I Can’t Live Without You” and the rootsy pop corker “Crushed.”

The elegiac, acoustic ballad “Cajun Moon” is especially near to Chaisson’s heart.

“It was inspired by the Expulsion of the Acadians on the East Coast in the mid-1700s. The British came and kicked all the Acadians out of their homes. Many were killed and many were expelled, landing in Louisiana, which resulted in the Cajun culture there. I come from Acadian ancestry and it’s a heavy story.

Chaisson continues: “I’ve always listened to everything – I love country but also pop and folk and Celtic music and roots music. I am a huge James Taylor fan but I also I grew up as a fiddle player and I find it really hard to write a song that only focuses on one genre.

“With this record, I was ready to explore all these different sides. Finishing it is the highpoint of a pretty great year,” which will include even more dates in Australia, the UK, the U.S. and across Canada stretching well into 2015. Enthuses Chaisson, “I can’t wait.”