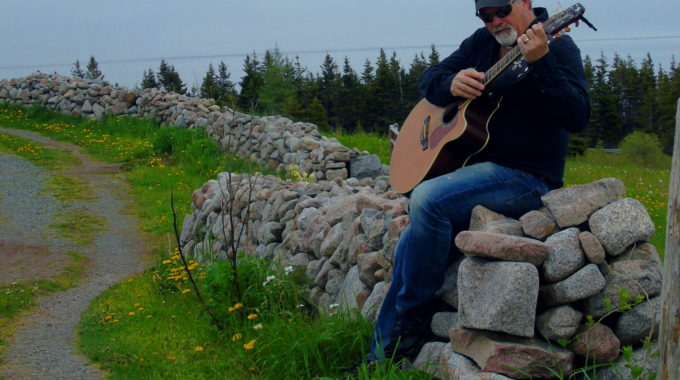 The CD features all original compositions written in "DADGAD" and "Open C" which are as close to Celtic instrumental music as you can get with a flair for cajun or blues added in for good measure.

"Full String Ahead" on CD Baby

Tom is still actively writing, recording, and playing various pubs and festivals around the Maritimes and has been involved in the local music scene for over 30+ years.

While playing halls and pubs all over the Island in many cover bands through the 80’s and 90’s, Tom began writing original material and recording around 2007 with a band called The Mizzen Men “Folk Songs & Sea Shanties”.

Songs like “Steel Winds” and “That Maritime Song” were recorded on that project and garnished a fair amount of airplay on local radio stations in Cape Breton.

One song on the album “I Like Girls” was featured in the soundtrack for a local Comedy Horror Flick “The Legend of the Psychotic Forest Ranger”. With hard driving rock riffs and satirical lyrics that poke fun at the 80’s, the movie was written and directed by Brad Mills (Bradmills.ca) and filmed by his sister Jacquelyn Mills (Jacquelynmills.ca), both born and raised in Cape Breton (Tom’s children).