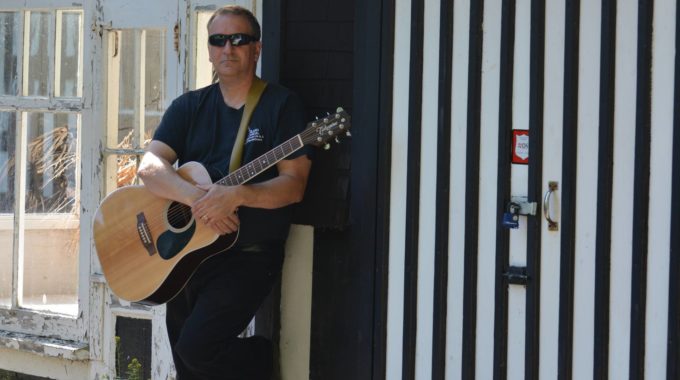 Tom PInsent was born in Grand Falls-Windsor. While in high school he played in a band called Union Street, until he decided to join the Canadian Forces. While in the military he continued to play in bands with other servicemen in New Brunswick and Nova Scotia. While in the Canadian Forces he started a Business Degree in the evenings and was successful in attaining a Business Administration Degree from Mount Saint Vincent University in Halifax Nova Scotia. After leaving the military, he was fortunate to find employment in his home town at the College of the North Atlantic.

Although he had a successful career in both the Canadian Forces and in teaching, music was never far from his mind and he continued to play in bands and duo's. He played drums with cover bands such as Coma, Brigade, Brown Sugar, Landslide and Vintage. He also played acoustic guitar in a duo called After Hours. Despite all the bands he was a member of, he never had not done any recording. Deciding that it was time and armed with a couple of songs he had written and was playing in the duo's he was part of, he contacted Sevenview Studios in Springdale to discuss the possibility of recording a couple of songs. The first session went so well that he decided to try and do an entire album. The result is a ten song album of all original material called GT's Lounge that was released in September 2014.

According to Tom, GT's Lounge is a compilation of songs that reflect his life experiences that happened to him personally or things he has observed. The title track is a salute to an old friend Gerry Tobin, a bandmate in Brown Sugar who passed away suddenly and unexpectedly a few years before. Rather than write something sobre, he decided to write something that reflected the good times the band shared. GT Lounge is actually Gerry's house where the band went after gigs where food, drink and good times were had by all. As Tom puts it "Gerry was a big Rolling Stones fan and Brown Sugar was actually a Stones tribute band, so I tried to write something that was a Stones influenced and upbeat which was the type of person he was and that was always full of energy. I hope that was achieved." Other songs on the record reflect personal experiences such a Tale of Two Cities talks about what it was like to grow up in Grand Falls-Windsor when he was a kid.

In late 2017, Tom released a new album called Living Chains. Since the release the album has received significant airplay in the Europe, US, and Canada. One of the songs Simple Man has made the top 10 on Indie Charts in the US and is nominated for best album of the year with Quasar Radio in the UK.

Samples of both the LIving Chains and GT's Lounge albums can be heard on his website www.tompinsent.com. TThe album is available for sale at selected retail stores and through his website or on iTunes and Amazon.