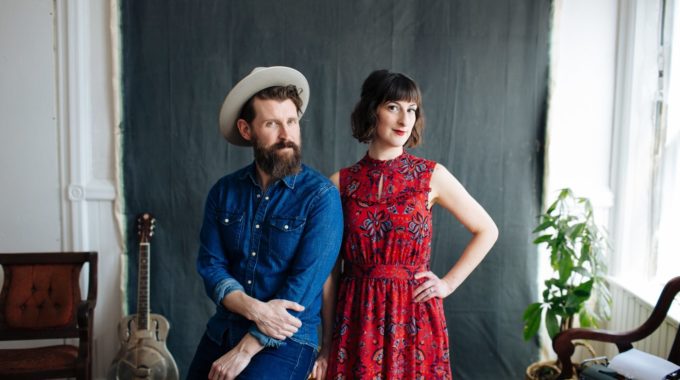 Hang onto your hats because this genre-bending power duo is ready to take you on a ride! Tomato/Tomato perform an eclectic mix of folk and country that will have you rolling down your windows and singing at the top of your lungs. Their live show includes jaw dropping multitasking, dynamic guitar arrangements, and soaring vocal harmonies. Stitch these elements together with compelling, heartfelt songwriting and you have an unforgettable musical experience.

Tomato/Tomato kicked off 2018 with a trip to Nashville to record a new album with acclaimed producer, Andrija Tokic at the analog wonderland, The Bomb Shelter Studio. This studio has produced some of today’s most ground breaking records including Alabama Shake's “Boys and Girls” and Langhorne Slim and the Law's “The Spirit Moves”.

Whether you say “Tom-ay-to” or “Tom-ah-to” - this high energy duo will have you stomping your feet, clapping your hands, and playing your air washboard with reckless abandon! With two acclaimed albums (So it Goes / I Go Where You Go), Tomato/Tomato is sure to be cooking up something fresh.

"Husband and wife team John and Lisa McLaggan combine their talents and their voices to create a sound that's part Old Crow Medicine Show and part Some Velvet Evening."

"It is really no wonder they are an in demand act both at home and abroad. An eclectic mix of folk and bluegrass that shows great musicianship and careful lyricism - Tomato/Tomato are super cool, super funky and super quirky. What more could you ask for?"