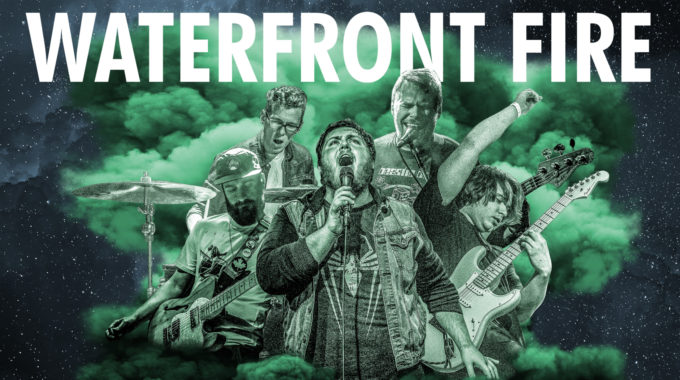 “They are one of those bands where you are like ‘yeah man, they are gonna be in stadiums’”
– Jeff Liberty, CBC Radio Host

Future Classic Rock. It’s a vibe, an emotion, a commitment to creating moments that will leave an impact. It is music that transcends genre. It’s happening now, it’s powerful, dynamic, introspective and unrestrained. Waterfront Fire is Future Classic Rock. Their soaring vocals over a blend of melodic hooks, progressive arrangements and thematic tendencies are similar to that of Pink Floyd, Rush, and Led Zeppelin. The resultant is a unique and eclectic sound that is distinctively Waterfront Fire. This band’s captivating live performance will hypnotize you with their entrancing melodies and theatrics, allowing their audiences to forget their inhibitions and live completely in the moment.

Waterfront Fire are dedicated to creating music they love and sharing that love with fans through quality recordings and entertaining live performances.