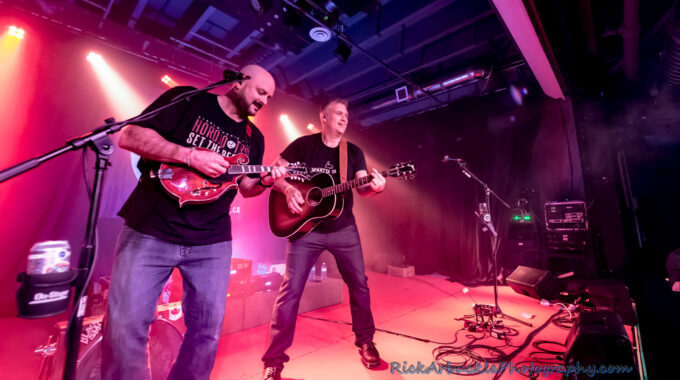 Since their formation in 2017, multi-instrumentalists Bill Quigley and Marco Belanger have been gracing Canadian stages from Ontario to Newfoundland delivering high energy performances and selling out Tap Rooms, Concert Halls, and Music Festivals along the way. This versatile duo can set the tone for an up close, intimate show or scale things up to a full band lineup entertaining audiences in any type of venue. Influenced by many different genres of music, the singer songwriter ensemble is currently working on their debut studio project titled “Home” set to be released in the summer of 2022. This much anticipated release is sure to take listeners on a musical journey with storytelling compositions that are rooted in acoustic folk rock infused with electric undertones. In addition to their tasteful originals, the set list just wouldn’t be complete without including some Celtic, East Coast inspired crowd pleasers that get people on their feet, dancing and coming back for more.