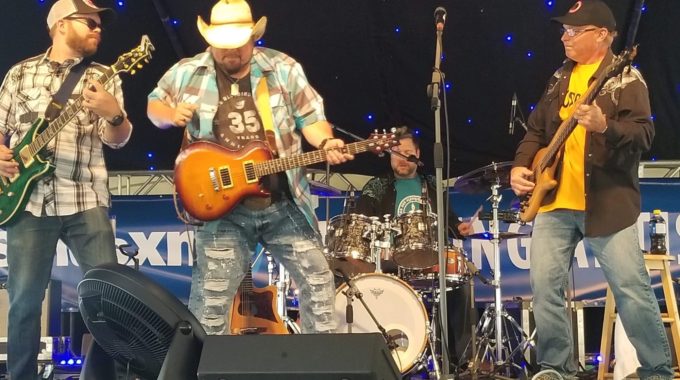 Witchitaw is a southern country rock band from the Annapolis Valley, Nova Scotia. They have recorded three full length albums in Halifax and Nashville. The band released their latest, “The Ride” on May 5, 2018! The first single off their new album was actually released to Canadian Country Radio on February 1st 2018 ahead of the full album. Thirty (30) plus radio stations across the nation programmed Witchitaw’s single “Posse”, including satellite giant, Sirius XM Canada’s CBC Country!

Witchitaw released “Moonshine”, the second single off the album in July, to correspond with their appearance at the 2018 Cavendish Beach Music Festival. While in Cavendish, Witchitaw performed on 4 stages in 2 days! They also shot a video for their song "Moonshine" exclusively at the Cavendish Beach Music Festival, which was released August 15th. The band has now performed 4 consecutive years at the CBMF, the largest country music festival on the East Coast.