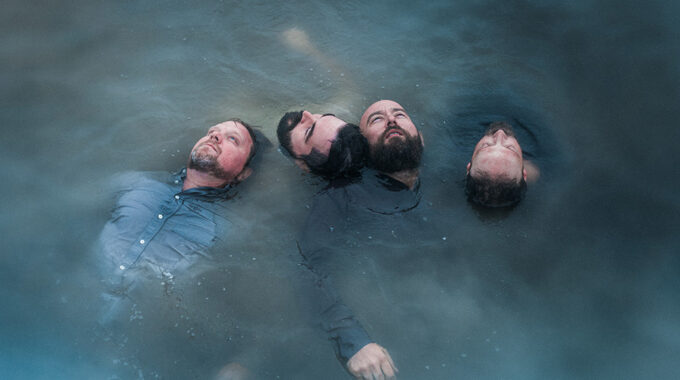 Fredericton-based group Kill Chicago is a blues record played at the wrong speed. They take traditional instrumentation, wrap it around a folk skeleton, and make it dance with 70s Brit punk energy. Not shyly whispered for artists, but bounced off the walls for people from a broke province who deserve a day off. Because the blues are about hard times, punk is about standing your ground, and Kill Chicago is about having a hard time standing your ground.

THE GREY, Kill Chicago’s first full length album(released Sept 7, 2015) is the culmination of ten years of performing, and a life’s worth of experiencing the mixed blessings of the Maritimes. Songwriter Greg Webber (vocals/guitar) grew up in Fredericton, New Brunswick. He’s seen friends and family make that tough decision, familiar to all Maritimers, to look for work out West. THE GREY embodies those experiences: the heartache that comes with leaving, the hardship it brings to relationships, and the compromises that are endured. This is no coal miner’s ballad though; THE GREY takes that message and lashes it to some full-blooded, punk inspired, electrified blues- rock.

Greg has seen his share of the country, and then some. But true to his ideals and his Maritime roots, Webber returned to his native Fredericton, and a successful collaboration with friends, and fellow Frederictonians Matt Bowie (bass), Zach Atkinson (drums), and Dillon Anthony (organ, pedal steel). In their year performing as a full band they’ve seen praise, and standing room only shows, their showmanship and skill for high-energy rock and roll garnering them instant acclaim.

“They’re accomplishing what Neil Young has failed to accomplish since 1972, no matter how many drums he’s beaten.” – Alex Cook, The East